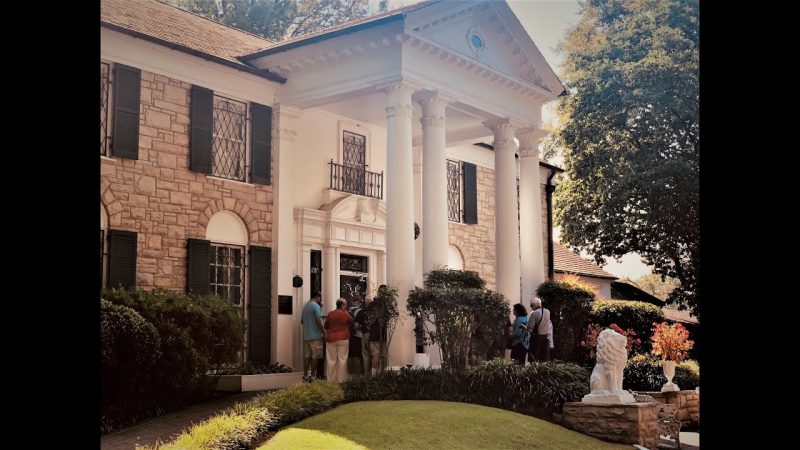 On September 13-19, 2019 we traveled with Globus tour company to Music  Cities Nashville and Memphis, TN.
This video about Memphis only.
Memphis is a city on the Mississippi River in southwest Tennessee with metro population of  652,236 (2017).
Memphis is a well-known music center and has been the home of several famous “sounds.”  One of the best-known places in the city is Beale Street, where W. C. Handy, the “father of the blues,” wrote and played his music.  His first blues composition was The Memphis Blues (1912), originally written as a campaign song for a Memphis mayoral election.  He immortalized the street in Beale Street Blues (1916).  A statue of Handy stands in a park named for him on Beale Street.  The city became one of the country’s major recording centers.
Elvis Presley, whose popularity made rock and roll a national phenomenon in the 1950s, began his recording career in Memphis at Sun Records, otherwise known as the “Birthplace of Rock and Roll.”   Graceland mansion, Elvis Presley’s home until his death in 1977, is visited annually by more than half a million fans.  We stayed  in a Graceland-inspired complex with Southern hospitality – Guest House at Graceland – that is only a 4-minute walk from Graceland Mansion.
Throughout its history, Memphis has been an important cotton and hardwood market.  Along the waterfront of Mississippi River is Cotton Row, site of the Cotton Exchange building and other offices where the cotton trade is conducted.
In one of the largest forced migrations in history, millions of Africans crossed the Atlantic from the 16th to the 19th centuries through the horrific “Middle Passage.”  COTTON WAS KING IN MEMPHIS, AND IN THE MID-1800S, THE NEED FOR FREE LABOR WAS IN HIGH DEMAND.  That need was met with the establishment of more than a dozen lucrative slave-trading businesses.   Memphis quickly became Tennessee’s largest slave-trading city.  Whenever possible, individuals attempted to liberate themselves by running away.  Many runaways were aided by abolitionists who gave them safe passage on the Underground Railroad.   We visited the ‘Slave Haven Underground Railroad Museum’ at the Burkle Estate – http://slavehavenmemphis.com/
#travelingtomemphis
#mississippiriver
#gracelandmansion
#elvispresley