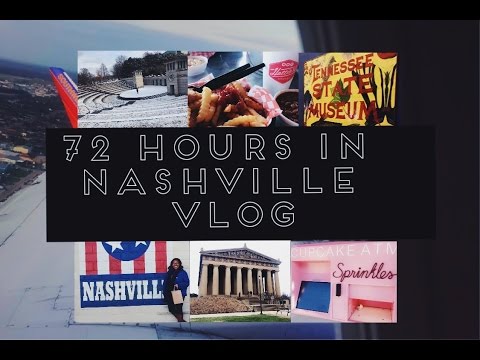 Travel Blog of my first trip to Nashville, TN.
Scroll down for a list of the places I went.

(MAKE SURE TO WATCH IN HD FOR BETTER QUALITY)

1. Bagel Face Bakery: a cute, hole in the wall bagel shop…good prices with even better food. (unfortunately, they are no longer in business – it was the first stop we made in nashville and was such an amazing place!)
700 Main St, Nashville
2. Parthenon Museum & Centennial Park: always wanted to go because of the Hydra scene in Percy Jackson & the Lightening Thief movie. Super cool museum for only
2500 West End Ave, Nashville
3. Hattie B’s Hot Chicken: apparently Hattie B’s is the best chicken you’ll EVER have. They definitely had a big crowd when we stopped by
12 19th Ave S, Nashville
4. East Nashville Wall Art/Mural: great photo opp spot
600 Main St
5. Cupcake Collection: they’re originally from NOLA so we had to stop and support. Sweet treats!
1213 6th Ave N, Nashville
6. Monell’s: super cool, all you can eat home cooked restaurant. Sit at a large dinner table with a bunch of random people and have a literal family dinner with strangers.
1235 6th Ave N, Nashville
7. Dave & Busters: Don’t have one in NOLA (yet) so we had to check it out. It’s located in Opry Mills Mall right next to the Grand Ole Opry!
540 Opry Mills Dr, Nashville
8. Nashville Farmer’s Market: Farmer’s Markets are hidden gems in cities. Always a cool place to visit and shop and also great food selections.
9. Bi-cenenntial Park: Nashville loves it’s city/state. This park is filled with beautiful monuments.
10. Sprinkles + I Believe Mural: My first time going to sprinkles. Second time having some of their cupcakes – so good!!
11. TN State Museum: FREE!! Such a hidden gem that’s located downtown. Fun and informative attraction.

*Broadway and also 2nd street reminded me so much of Bourbon St but wider and filled with country music. If it wasn’t so cold, would’ve definitely parked and explored more*