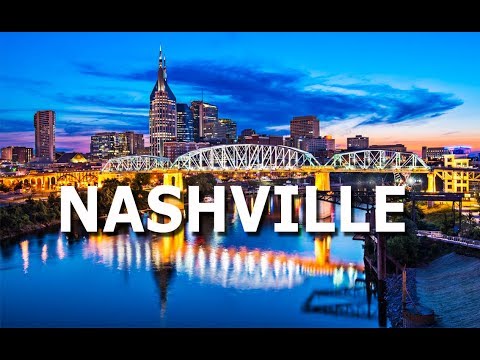 Nashville is a city in Davidson County and the capital of the Americanstate of Tennessee. It is usually called the “Country Music Capital of the World” or more often “Music City, USA”. Nashville is quickly becoming a fun and enjoyable American city. The New York Times gave Nashville the moniker of the “it” city. Located in northern Middle Tennessee, Nashville is the main core of the largest metropolitan area in Tennessee.

HISTORY
Nashville was founded in 1779. Nashville named for Francis Nash, a general of the Continental Army during the American Revolutionary War,   It grew rapidly because of its excellent location on the Cumberland River port and railroad center. It was incorporated in 1806 and became the county seat of Davidson County. Nashville was named the capital of Tennessee in 1843.

In 1806, Nashville was incorporated as a city and In 1843 became the county seat of Davidson County, Tennessee.

POPULATION
The city’s population ranks 24th in the U.S.

Nashville has cool, relatively short winters and hot, humid summers, with long spells of spring and autumn in between. Winter temperatures commonly hover slightly above freezing, and a fair amount of light snow generally falls throughout the months of December to February

Summers are hot, with temperatures around 90*F (32 °C) during the day.

GOVERNMENT
The city is governed by a mayor, a vice-mayor, and a 40-member metropolitan council. Nashville is home to the Tennessee Supreme Court’s courthouse for Middle Tennessee.

Since the 1970s, the city has experienced tremendous growth, particularly during the economic boom of the 1990s.

The automotive industry is also becoming important for the Middle Tennessee region. Dell, Nissan, GM Motors, Bridgestone, UBS Financial Services, HCA, Community Health Services, Lyft, Google, and Microsoft have all moved some operations to or near the city.

Although Nashville is renowned as a music recording center and tourist destination, its largest industry is health care. Nashville is home to more than 300 health care companies, including Hospital Corporation of America, the world’s largest private operator of hospitals.

TOURISM
Nashville is drawing the most tourists from out of the country out of any city in the United States. Nashville has been the home of the world-famous Grand Ole Opry since 1925. The Opry has been located in the Grand Ole Opry House in eastern Nashville since 1974. From 1974 to 1997 the Opry House was part of a theme park called Opryland USA.

Nashville also has a great bar scene. If you like to drink, you can go “Honky-tonking,” also known as “bar-hopping.” Recently Nashville has been called a top ten destination to visit in magazines such as Lonely Planet, New York Times, Conde Nast, and Travel and Leisure, and is quickly developing into a fun and cosmopolitan city.