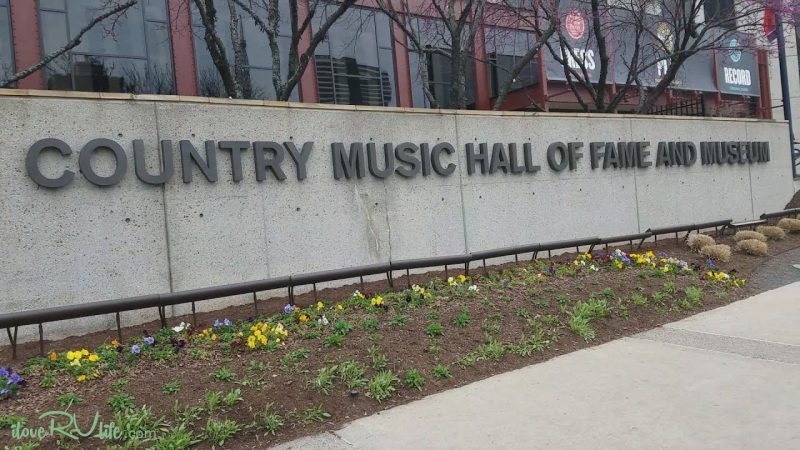 The great thing about RV travel is the ability to return to your favorite spots. Nashville, TN is definitely one of mine and Joan’s favorite destinations. So much, that we always plan at least one trip a year either early spring or fall. One spot that requires our return is the Country Music Hall of Fame. Regardless of the type of music you enjoy, the Country Music Hall of Fame is a great tour offering artist highlights and memorabilia from the early roots of country artists to those offering hits today. There is much to see with parts of the museum changing throughout the year. A really cool place to spend a could of hours.

Welcome to I Love RV Life. There are numerous RV sites from seasoned full-timers to wide ranging forums. Joan and I want to share a different perspective of RV living – where we started, where we’ve been and what we’ve done to make our RV life more enjoyable. We’ll take you from purchase to trips to those changes and additions to make our RV home. So welcome, stay awhile, share and we hope we’ll see you soon.