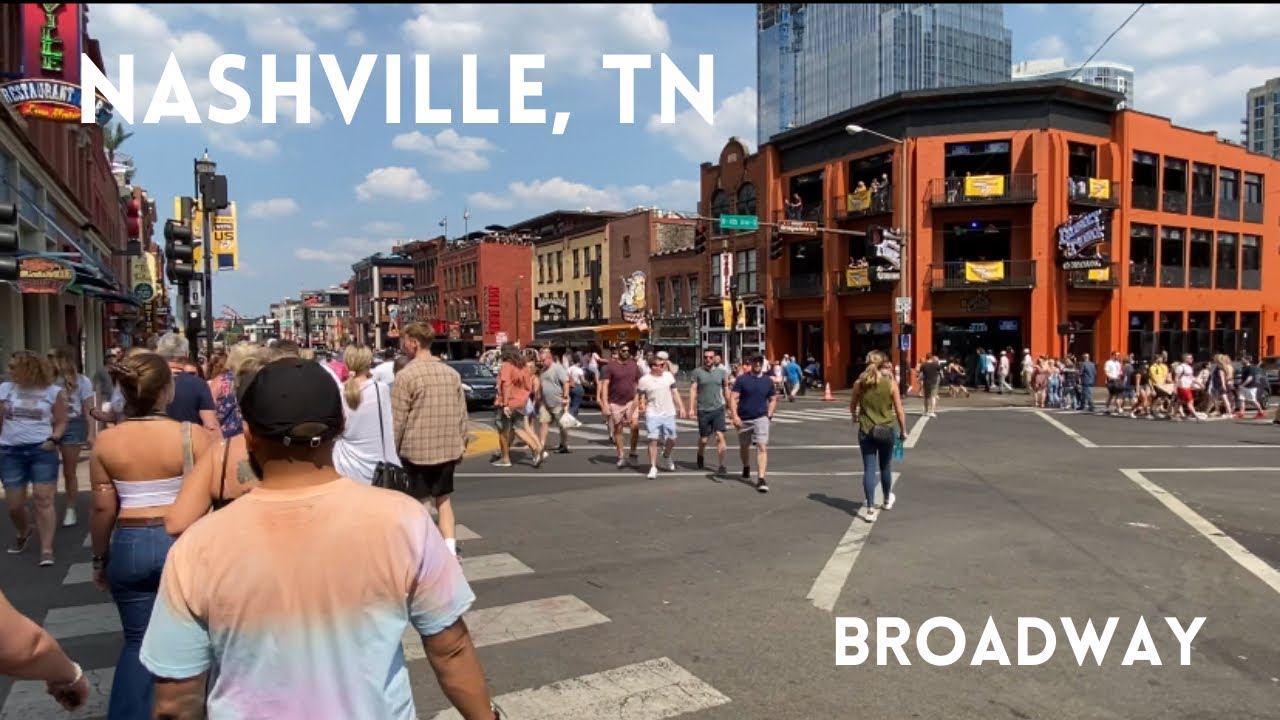 Walking on Broadway in Nashville, Tennessee.