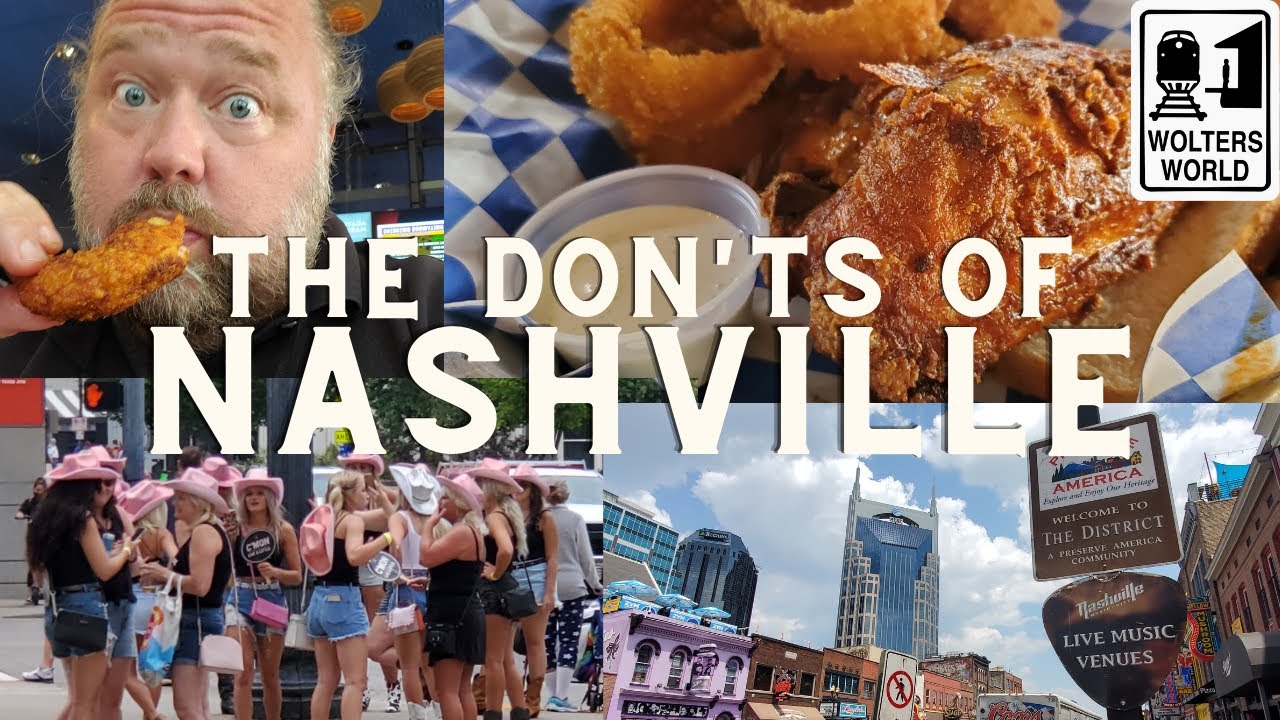 Hey there fellow travelers, welcome to Nashville, TN! Home of country music, Nashville Hot Chicken, and more live music than you can shake a stick at! Here we go through the do’s and don’ts of visiting Nashville. From visiting the Parthenon to picking the right hot chicken restaurant to knowing which bus tour you should take. What not to do in Nashville, TN.
Filmed in Nashville, TN
Copyright Mark Wolters 2021
#travel #nashville #tennessee

Hey There Fellow Travelers! Thank you for watching our honest travel vlogs from all over this wonderful world. If you would like to get in contact with us please follow us & send us a message via our social media channels below. Also, if you like our travel videos please feel free to share them with other fellow travelers.

More info on Nashville: The Don’ts of Visiting Nashville