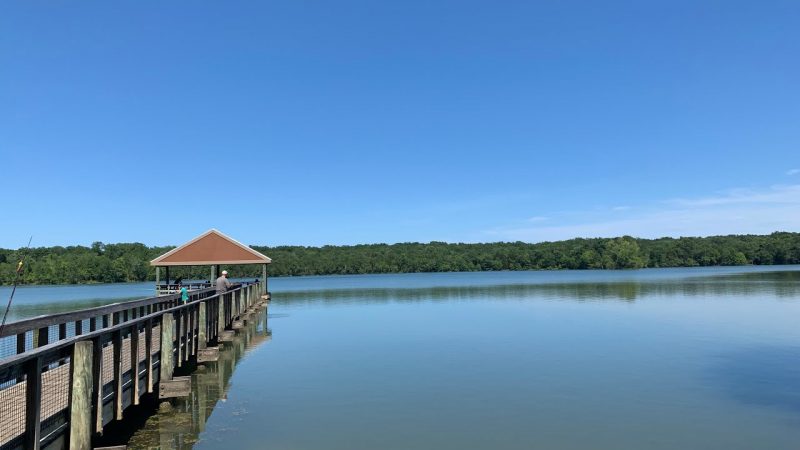 Long Hunter State Park : The 2,600 acres which make up this area became a state park in 1974 and has four sections, Couchville, Baker’s Grove, Bryant Grove and Sellars Farm. Long Hunter State Park offers a variety of recreational activities including fishing and hiking and has two boat launch ramps on J. Percy Priest Lake, a group camp, a backcountry campsite, meeting facility and a visitor center. The more than 20 miles of hiking trails provide a variety of terrain and habitats and range from pleasant strolls to longer jaunts for the more adventurous. Trails include a self-guided, paved arboretum trail and the five and a half -mile Volunteer Trail that follows the lakeshore.