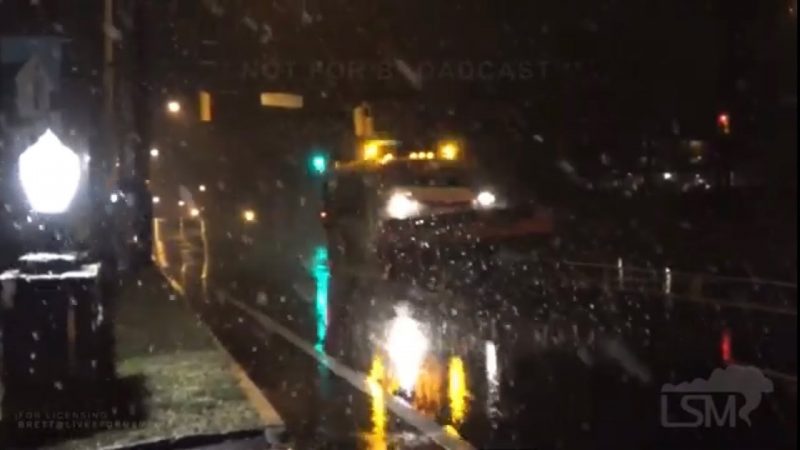 Conditions began to deteriorate along portions of I65 near midnight across southern portions of Central Tennessee. A dodge charger slid off of the south bound land and ended up stuck in the median. Cars traveled north bound along 65 as the snow picked up for several hours.

Along I-24…the snow became heavy south of Murfreesboro and in the area of Manchester where a couple of inches of snow accumulated. TN DOT and local police were busy on the roadways. Plows were spreading salt along the west bound side of 24 as snow began to spread all across the metro around 1am.

Snow began along the I-40 corridor in Nashville around 2am local time. Flakes were massive and the side of half dollars at times as snow continues to fall in the region. Accumulations of 1-4 inches are expected across the area with the higher terrain in the plateau receiving the most snowfall overnight.