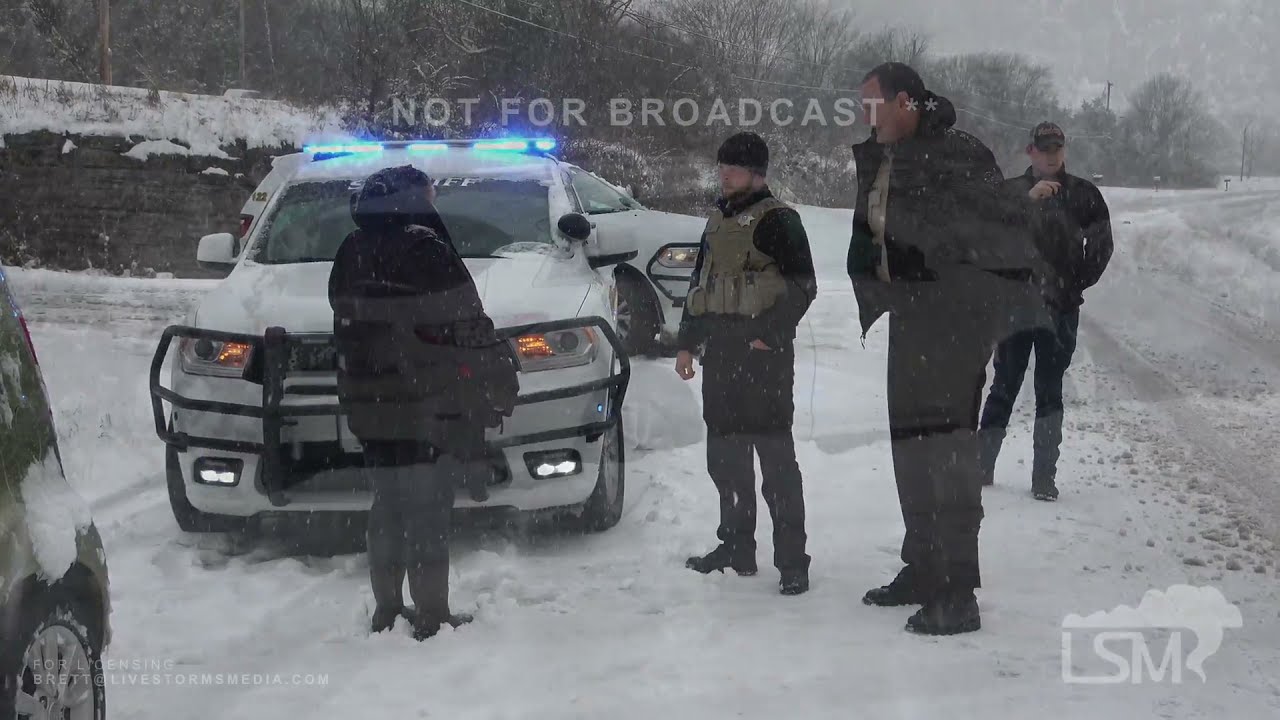 I-65 travel was slow in heavier snow bands as travel became treacherous. Vehicles covered in snow were losing the snow as they gained acceleration down the highway. This is very dangerous. Signs warned of heavy snow covered roads in the area.

Next we visited Franklin, TN where heavy snow was also occurring but beginning to let up some. An accident occurred at the south bound exit of I65 along Hwy-96 west. Franklin police were on the scene and working to get the accident removed as towing operations had begun.