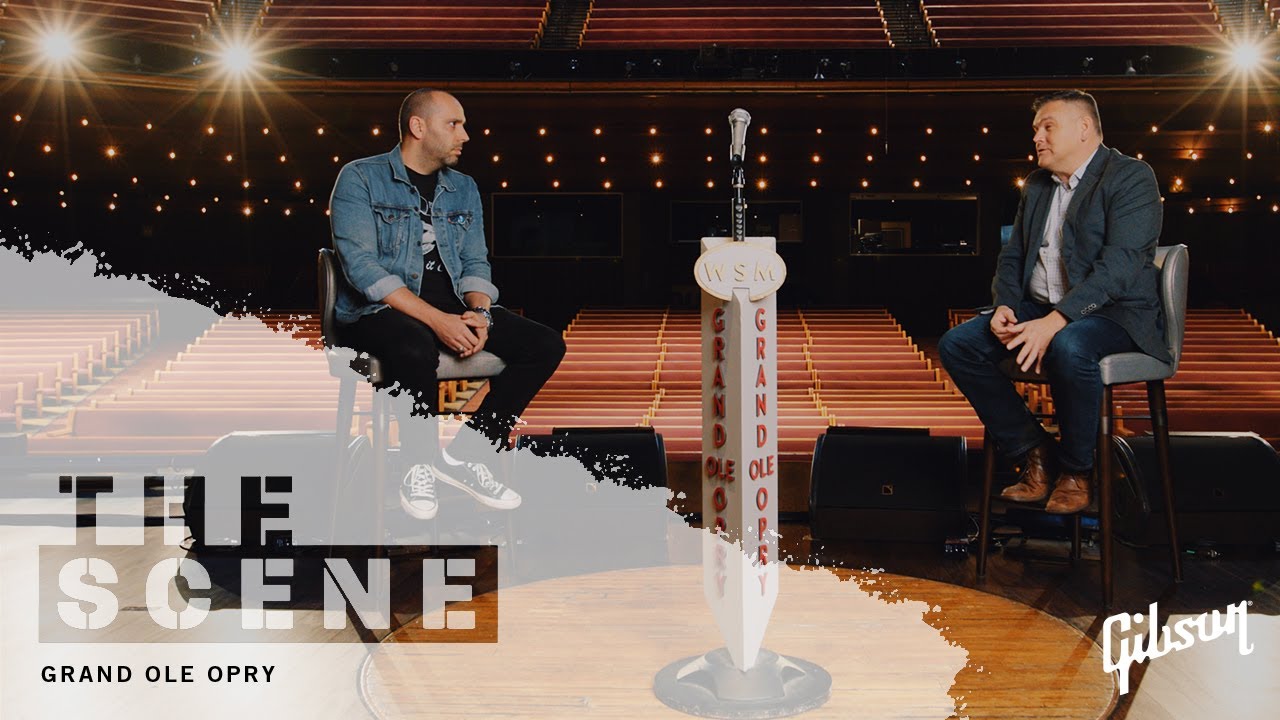 In this Gibson TV Original Series, host Mark Agnesi travels from city to city to discover the important music landmarks that help shape that city’s music scene. In this episode, Mark travels to Nashville, Tennessee, to visit the Grand Ole Opry. The Grand Ole Opry started on November 28, 1925, as a show on WSM Radio, and it is the longest-running radio program in history. The Grand Ole Opry was hosted at the Ryman Auditorium beginning in June of 1943 but moved to the Grand Ole Opry House in 1974, where there is twice the seating capacity, and it can run multiple shows a night. Dan Rogers, Vice President and Executive Producer of the Grand Ole Opry, takes Mark and viewers on a tour of the dressing rooms, the green room (aka “the family room”), the Wagonmaster room, and the Grand Ole Opry post office. Dan also discusses the significance of the wooden circle that sits at center stage, recounts the flood of May 2010, thinks back to his favorite Opry moment, and talks about what the Opry means to him.

For more information about the history of the Grand Ole Opry, their schedule of events, or to book a private tour of your own, visit them online at opry.com.