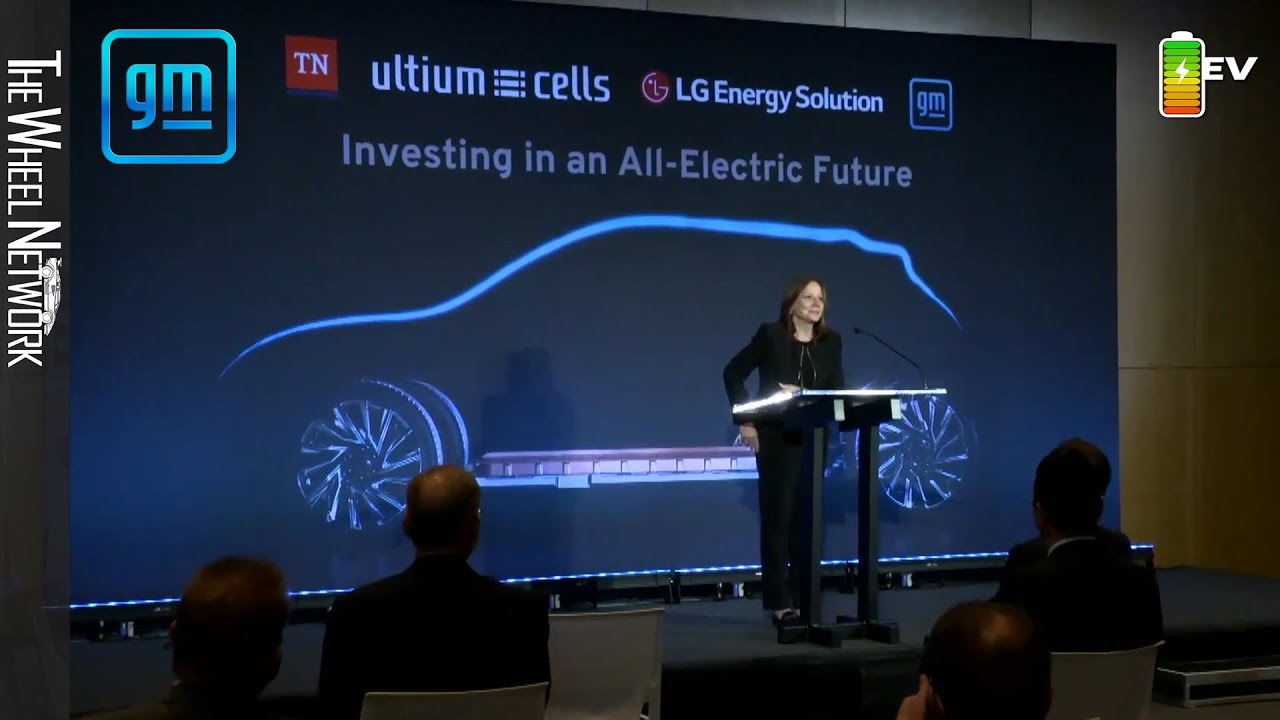 ▪ 2.8 million square-foot facility in Spring Hill, Tennessee, will create 1,300 new manufacturing jobs
▪ New plant will significantly increase GM’s ability to lead in the production of batteries at scale
▪ Leading Ultium battery technology is at the heart of GM’s EV strategy

Ultium Cells LLC, a joint venture of LG Energy Solution and General Motors, announced a more than .3 billion investment to build its second battery cell manufacturing plant in the United States. The facility will be located in Spring Hill, Tennessee.

Ultium Cells will build the new plant on land leased from GM. The new battery cell plant will create 1,300 new jobs. Construction on the approximately 2.8 million-square-foot facility will begin immediately, and the plant is scheduled to open in late 2023. Once operational, the facility will supply battery cells to GM’s Spring Hill assembly plant.

“The addition of our second all-new Ultium battery cell plant in the U.S. with our joint venture partner LG Energy Solution is another major step in our transition to an all-electric future,” said GM Chairman and CEO Mary Barra. “The support of the state of Tennessee was an important factor in making this investment in Spring Hill possible and this type of support will be critical moving forward as we continue to take steps to transition our manufacturing footprint to support EV production.”

“This partnership with General Motors will transform Tennessee into another key location for electric vehicle and battery production. It will allow us to build solid and stable U.S-based supply chains that enable everything from research, product development and production to the procurement of raw components,” LG Energy Solution President and CEO Jonghyun Kim said. “Importantly, I truly believe this coming together transcends a partnership as it marks a defining moment that will reduce emissions and help to accelerate the adoption of EVs.”

The state-of-the-art Spring Hill plant will use the most advanced and efficient battery cell manufacturing processes. The plant will be extremely flexible and able to adapt to ongoing advances in technology and materials.

GM’s proprietary Ultium battery technology is at the heart of the company’s strategy to compete for nearly every EV customer in the marketplace, whether they are looking for affordable transportation, luxury vehicles, work trucks, commercial trucks or high-performance machines.

Ultium batteries are unique in the industry because the large-format, pouch-style cells can be stacked vertically or horizontally inside the battery pack. This allows engineers to optimize battery energy storage and layout for each vehicle design. Energy options range from 50 to 200 kilowatt hours, which could enable a GM-estimated range up to 450 miles or more on a full charge with 0-60 mph acceleration in 3 seconds.

With a 30-year history in the battery business, LG Energy Solution has made consistent, large-scale investments to accumulate enough stability, credibility and manufacturing experience to invent its own cutting-edge technologies. The company established its first research facility in the U.S. in the early 2000s. In 2010, the company built its first U.S battery plant in Holland, Michigan.

Through Ultium Cells, LG Energy Solution and GM will merge their advanced technologies and capabilities to help accelerate automotive electrification.