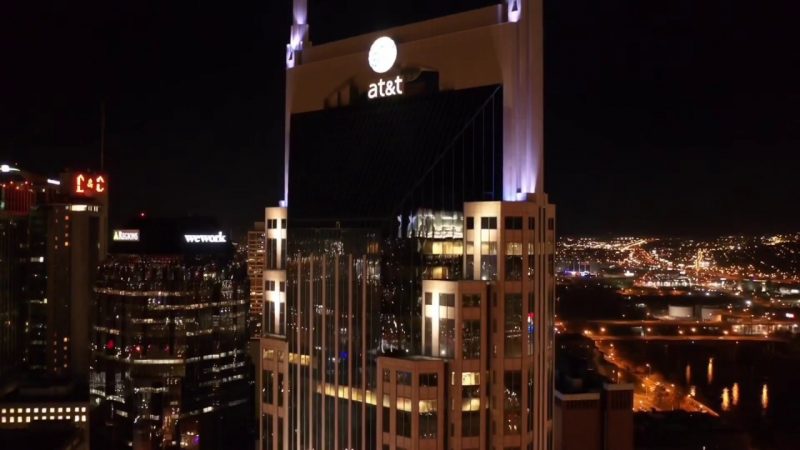 The AT&T building in Nashville Tennessee towers above Music City