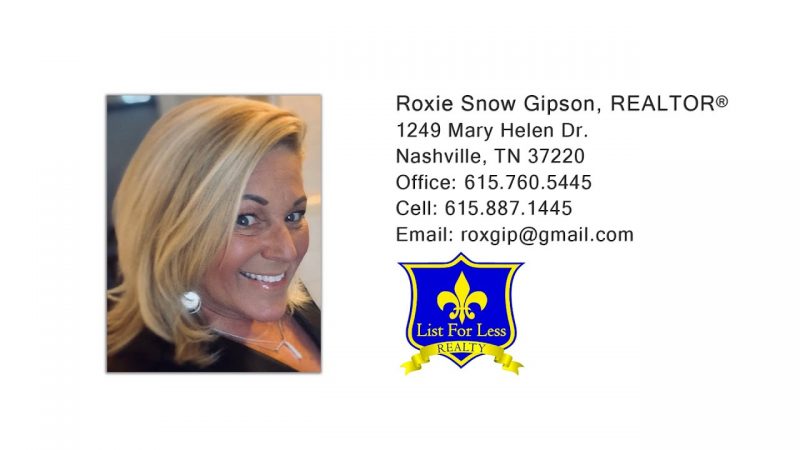 Roxie Snow Gipson started her real estate career as the first hired assistant at List For Less Realty in 2009. Gaining many experiences over the course of several years in different aspects of real estate, Roxie became licensed in 2014 and re-joined List For Less Realty as a Realtor in September of 2017. Roxie won the Williamson County Association of Realtors Celebration of Excellence Silver Award in 2018. Roxie resides in Columbia TN and is the local Maury County agent for List For Less, as well as listing homes 1-2 hours outside of the Nashville TN area.