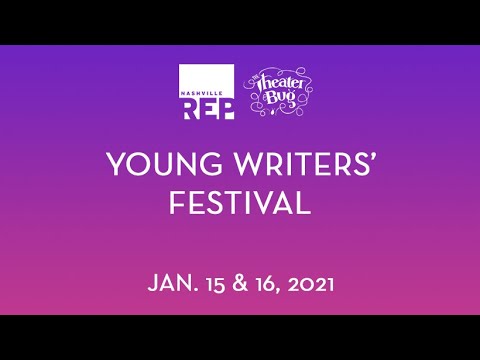 Nashville Repertory Theatre and the Theater Bug are so excited to present our first ever Young Writers’ Festival!

Six plays were selected in November to be developed by The Theater Bug’s Artistic Director Cori Anne Laemmel and Nashville Rep’s Playwright-In-Residence Nate Eppler. Our young playwrights developed, cast, and recorded their plays over the last few months, and we can’t wait to share their new works with you!

Programs like this are made possible by our generous donors and sponsors! Visit thetheaterbug.org and nashvillerep.org to learn more.