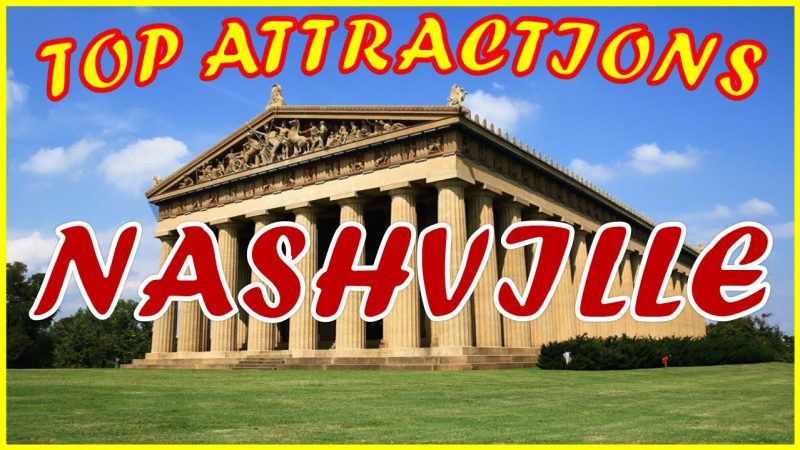 ☑ Nashville Zoo at Grassmere
A 200-acre (81 ha) zoo and historic plantation farmhouse located 6 miles (9.7 km) southeast of downtown. Was founded in 1996, , the result of a merger between two competing facilities, The Nashville Zoo and Grassmere Wildlife Park.

☑ Cheekwood Botanical Garden
A privately funded 55-acre (22 ha) estate on the western edge of the city. Formerly the residence of Nashville’s Cheek family, the 30,000-square-foot (2,800 m2) Georgian-style mansion was opened as a museum in 1960.

☑ Parthenon
A full-scale replica of the original Parthenon in Athens. It was built in 1897 as part of the Tennessee Centennial Exposition. Today functions as an art museum. The Parthenon’s permanent collection is a group of 63 paintings by 19th- and 20th-century American artists.

☑ Tennessee State Capitol
The home of the Tennessee legislature, the location of the governor’s office, and a National Historic Landmark. One of only ten state capitols that does not have a dome. The cornerstone was laid on July 4, 1845 and the building was completed in 1859.

☑ Fort Negley
Was a fortification built for the American Civil War, located approximately 2-mile (3.2 km) south of downtown. Was the largest inland fort built in the United States during the war.

☑ Tennessee Agricultural Museum
A renovated plantation barn that houses a collection of 19th and 20th century home and farm artifacts. Outside there are log cabins, a small farm house, kitchen herb garden, perennial garden and nature trail is also part of the museum tour.

☑ Harpeth River State Park
A state park in Cheatham County. Is a linear park that was created to connect several state historic, natural, and archaeological sites along the lower Harpeth River.

☑ The Hermitage
A historical plantation and museum located in Davidson County. The plantation was owned by Andrew Jackson, the seventh President of the United States, from 1804 until his death at the Hermitage in 1845.

▼ This track’s license, Creative Commons Attribution, requires attribution. If you use this song in a video, cite the creator using the info

▼ More info about the license:
http://bit.ly/CreativeCommonsAttribution

More info on Visit Nashville, Tennessee, U.S.A.: Things to do in Nashville – The Music City