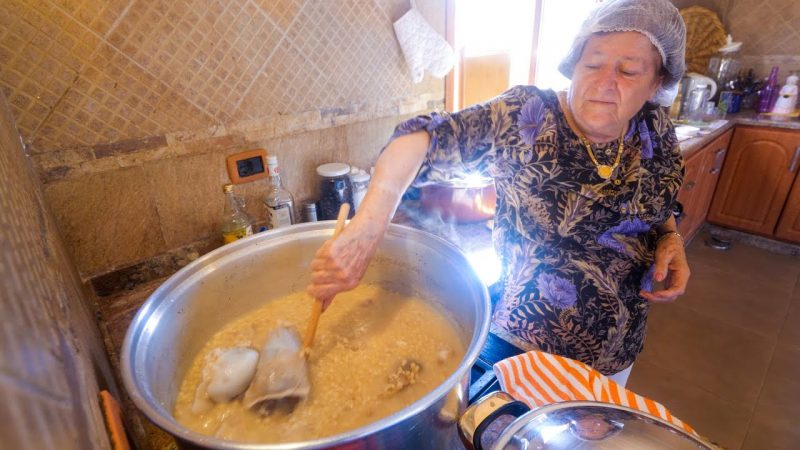 SHOUF (or CHOUF), LEBANON – Shouf is a region of Lebanon, home to an amazing biosphere reserve, and delicious mountain Lebanese food. In this video, we hung out with Cezar (https://www.instagram.com/cezar_projects/), checked out some of the amazing sights, and ate some delicious local food. #Lebanon #LebaneseFood #Shouf

Cezar’s Guest House – Shouf, Lebanon – Thanks again to Cezar (https://www.instagram.com/cezar_projects/) for hosting us. We started off the day with breakfast at the guest house farmstay, gathering our own eggs and vegetables. Breakfast was simple, but delicious.

Shouf Biosphere Reserve Barouk Cedar Forest – Thought it was a short hike, it was fantastic to see the cedars of Lebanon, but quite different from the other Cedars of God (https://youtu.be/b-zN1ofGYRI) I had already seen. One of the highlights was hugging The Old Lady – People say, this is the cedar tree depicted on the flag of Lebanon.

For lunch we returned to the guest house to eat home cooked food. Some of the talented women from the community came to the house to cook their specialities. It was an incredibly delicious home-cooked meal.

Yerba mate – I had no idea that a yerba mate culture existed in Lebanon. But due to the big population of Lebanese in Brazil and Argentina, then returning to Lebanon, they brought with them yerba mate. I spent a few months in Argentina in 2008, and learned to love it.

Dinner – Harees – Finally for dinner, we made a huge pot of harees, also known by many similar names throughout the Middle East. But it’s a wheat and meat stew, boiled for so long that it all blends together. It was very interesting to me because many of the spices were spices I typically associate with sweetness, but this was a savory dish. Very warming and a very mountain style dish.

👕Get t-shirts and caps:
https://migrationology.com/store/

📷Camera gear I use:
https://kit.com/markwiens/camera-video-gear