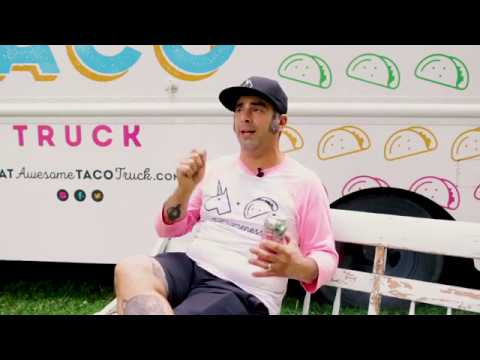 With nearly twenty years in Boston’s fine dining scene and three years as the head chef of an award-winning Mexican restaurant Chef Danny Bua Jr. craved a new culinary scene. So he packed up his knives, his family and his large collection of Red Sox hats and moved to Nashville. He spent three years putting down roots in the Lockeland Table kitchen, where he thoroughly enjoyed helming Mexican-themed dinners and cooking black mole, chicken chilaquiles, and tacos for the staff after a night of service.

In Boston, Chef Danny won “Best Mexican Restaurant” and was invited to host a James Beard dinner. Now he is bringing this passion for upscale, creative interpretations of classic Mexican food to the streets of Nashville. Specializing in distinctive, gourmet flavors That Awesome Taco Truck capitalizes on Chef Danny’s years of experience in high-end fine dining to provide an equally delicious but more playful take on his favorite dish to serve friends and family: the taco.