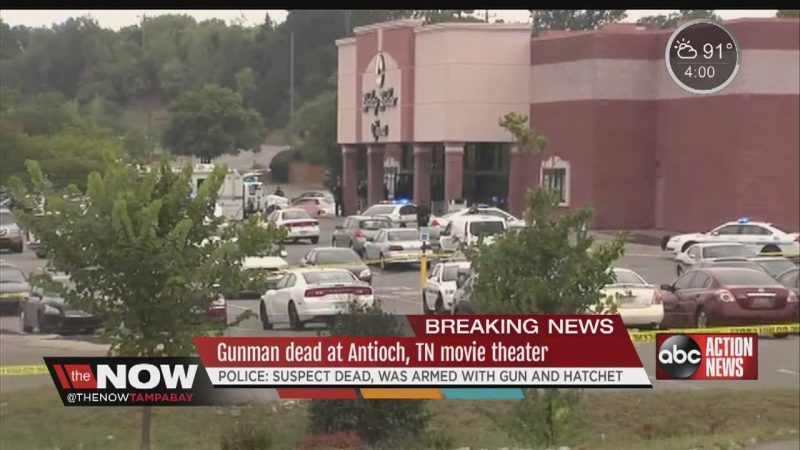 A suspect wielding a hatchet, gun and pepper spray inside a Nashville-area movie theater died after exchanging gunshots with a SWAT team as he tried to escape through the theater’s rear door, police said Wednesday.
◂

The ABC Action News app brings you the latest trusted news and information.