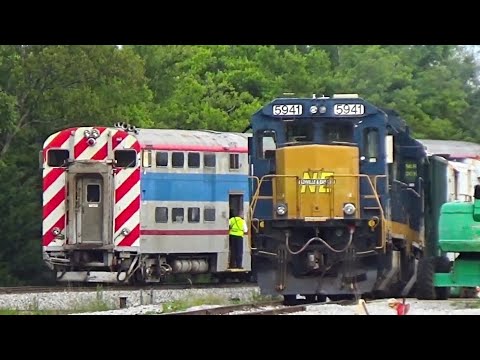 On August 20th and 21st, 2020, I filmed a few Music City Star commuter trains around Nashville, Tennessee. The Music City Star serves seven stations along a 32 mile route between downtown Nashville and Lebanon, TN on Nashville & Eastern trackage. The operation began on September 18th, 2006, which is 14 years ago today. Thanks for watching! Like what you see? Subscribe! Also make sure to check out my other social media pages!