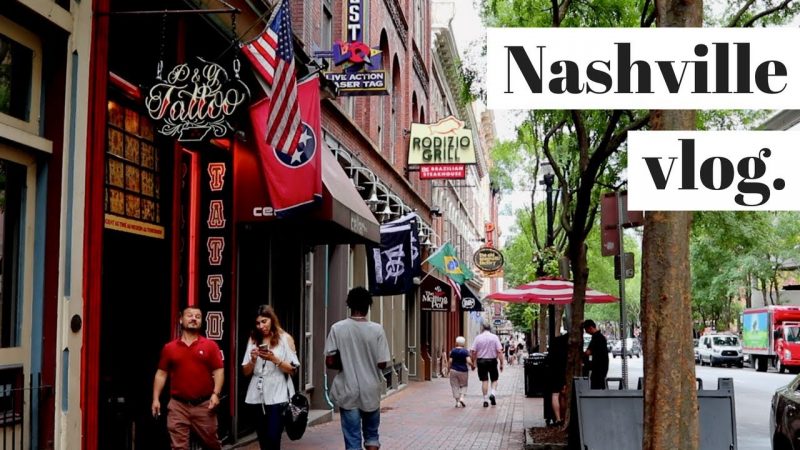 Join us as we walk the streets of downtown Nashville, TN to take in the sights, sounds and smells of this rapidly growing music capitol of the South. We stop by the Riverfront Park to take in some natural beauty and escape the droves of tourists and the sounds of country music coming from the city streets. Llaina and I also check out Marathon village, an old automobile factory turned mixed use space with shopping and dining, and then head over to The GIG at Belmont to check out their impressive collection of guitars. Our stay included a night at the Nashville Downtown Hostel, which was cheap, centrally located but overall not that enjoyable of an experience. The A/C for the whole building went out a little after midnight and wasn’t repaired until very early in the morning. The sounds of maintenance workers repairing the A/C system woke us up before we planned so we rolled with it and checked out early since we were already wide awake. The morning continued to be weird (and rainy) as we had a crash involving a semi truck and a dump-truck unfold right before us as we were merging onto the highway. But like most stories, this one had a happy (and sweet) ending as we visited Vegan Vee Gluten Free Bakery to scoop up some treats before hitting the road and heading to Louisville, KY.