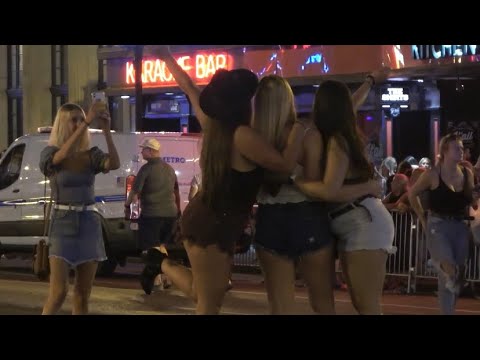 Hello all My name is Pierre.
This is how Nashville Tennessee Lower Broadway streets looks like tonight August 6 2021 walking on this Friday night with the camcorder in this video thats why its not stable sorryyy
summer time baby
welcome to the channel if you new. And I love you if you are a regular here.

My personal instagram is zoemanpierre
I am monetize but not all my videos can be monetize because of all the music here in Nashville that be in the video due to copyrights . So please whatever you can donate please donate at my venmo
venmo is @pierre-3 or cashapp
Cashapp $zpierre509.
Also please share this in your social media. ( Facebook, Twitter, Reddit , etc.)

If you looking for a wedding videographer / photographer my wedding website is pierre509.com
Hello Nashville Tennessee fans/friends . I love you guys you guys are great . No matter how good a video is if no one watches it , it doesn’t mean nothing.