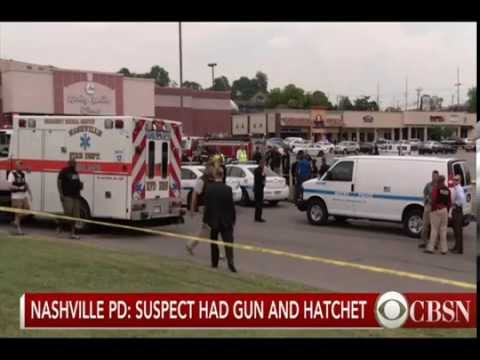 Local reporters who arrived at the scene reported a volley of gunfire after officers rushed inside the move theater in southeast Nashville.
Aaron told reporters that the suspect, who was not immediately identified, was killed just inside the theater after SWAT units confronted him a second time.
The attack occurred during a showing of the Mad Max: Fury Road, and comes just two weeks after a man opened fire inside a movie theater in Lafayette, Louisiana, killing two people before turning the gun on himself. Nine others were also injured.