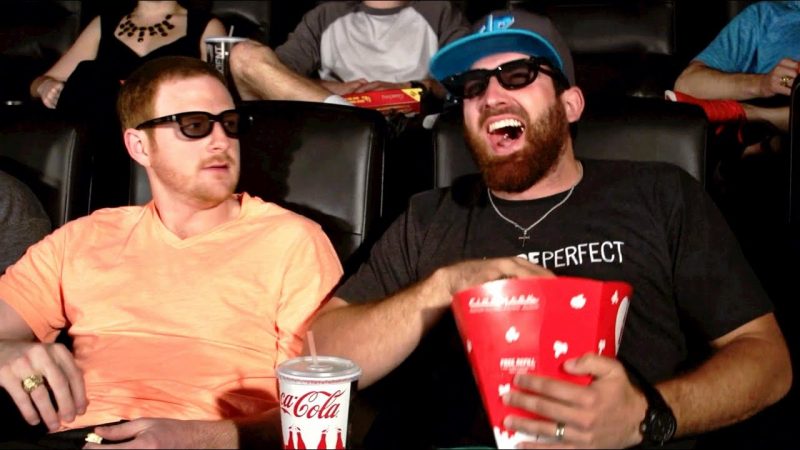 No trip to the movies is complete without these guys.
—————————————-­
► WATCH more STEREOTYPES – http://bit.ly/StereotypesPlaylist
► PLAY our iPHONE GAME – http://smarturl.it/DPGameiPhone
► VISIT our NEW STORE – http://bit.ly/Dude_Perfect_Store

HUGE thanks to Cinemark for letting us be these annoying people in your movie theater! See movie times and more at: http://bit.ly/DudePerfectCinemark

Obviously neither Dude Perfect nor Cinemark endorses or encourages the silly behavior in this video. Always be courteous and respectful.

Some of our biggest videos ever are coming out soon so stay tuned so you won’t miss a thing!
Subscribe here: http://bit.ly/DudePerfect

In between videos we hang out with you guys on Instagram, Vine, Twitter, and Facebook so pick your favorite one and hang with us there too!

Do you have a GO BIG mindset?
See for yourself in our book “Go Big.”
http://amzn.to/OYdZ2s

A special thanks to those of you who play our iPhone Game and read our book. You guys are amazing and all the great things you tell us about the game and the book make those projects so worthwhile for us!

Click here if you want to learn more about Dude Perfect:
http://bit.ly/AboutDP

Bonus points if you’re still reading this!
Comment “Haha Panda in the audience” to prove your awesomeness!

As always…Go Big and God Bless!
– Your friends at Dude Perfect

Business or Media, please contact us at:
[email protected]