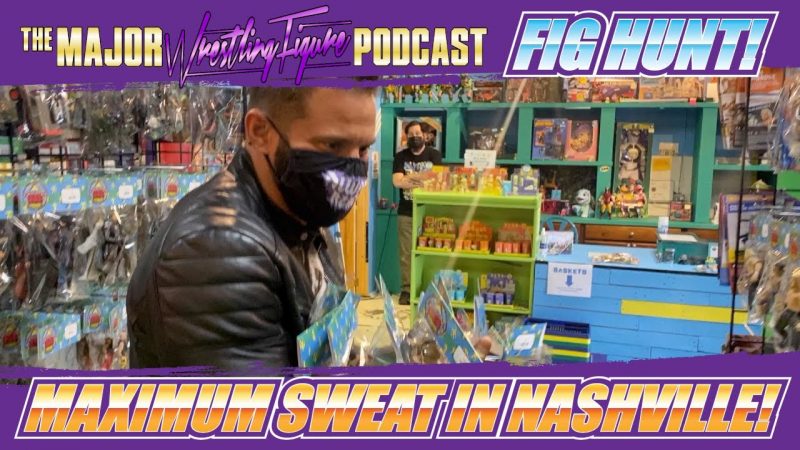 The Major WF Pod team returns to Totally Rad Toy House in Nashville to introduce Broski to a really organized Toy Store and check out the merch. Broski is so itchy when he sees complete loose collections he can’t stop himself! OMG!

Listen to full episodes wherever you get your podcasts!

For bonus podcasts, videos, community connection and more, support us at patreon.com/majorwfpod

To support the show, go to https://www.prowrestlingtees.com/majorwfpod right now!

Join Matt Cardona (former WWE Superstar Zack Ryder) and Brian Myers (former WWE Superstar Curt Hawkins) as they talk about one of their favorite hobbies…collecting wrestling toys! Each week these two wrestlers chat about the latest news, upcoming releases, toy history, vintage collecting and much more! As lifelong wrestling fans and wrestling memorabilia experts, these two have plenty to say about the world of wrestling collectables. They started the obsession as kids and continued it through adulthood, and now as wrestling superstars they now have their own figures and merchandise and an insiders look at the wrestling figure business. PLUS, with all their friends in wrestling, you never know who could make an appearance each episode! If you collect anything wrestling, this is the podcast for you! SCRATCH THAT ITCH!

When:
Each Friday morning

Where:
Wherever you get your podcasts