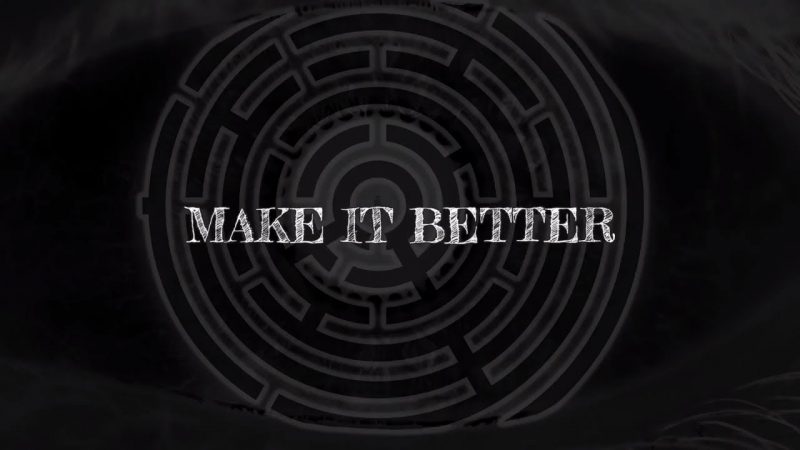 The new song ‘Make It Better’ from Moonlight Social. That’s us! Find it on your favorite service: https://found.ee/FAmY

We wrote “Make It Better” as a more or less tribute to being yourself. Like much of our music, there’s a tongue-in-cheek irony to the whole thing where one person thinks the other needs saving, while the other person thinks the first just needs to hang out with them down in the muck. The bridge really says it best — don’t let other people try to make you feel bad for being yourself. “I’ve been there before, and I’m not going back.”

MAKE IT BETTER LYRICS:
I’m a little fucked up in the head right?
Feeling like a deer stuck in your headlights
You are gonna blow right through me
Every now and then you say you’re coming ‘round
To pull me out the shit and find some higher ground
Who are you kidding?

You and me we don’t agree on anything
Like school and kids and sex and god and poetry
But oh, you still want me
And you could just walk off and we’ll get over it
But if you hang around with me, well there’s a chance
You could end up happy

I don’t expect for you to get it (get it)
Just yet if all you do is discredit
Stifle, edit yourself, your thoughts
For fear anybody’s gonna think you’re off
Well I’ve been there before
And I’m not going back
Cause there’s freedom in embracing pain
And in giving all your sad a name
So I know that you think you’re saving me
When you say you don’t believe I believe these things
But dark thoughts and happy people
Need each other like good and evil
Welcome down the rabbit hole
And if you wanna dig it deeper