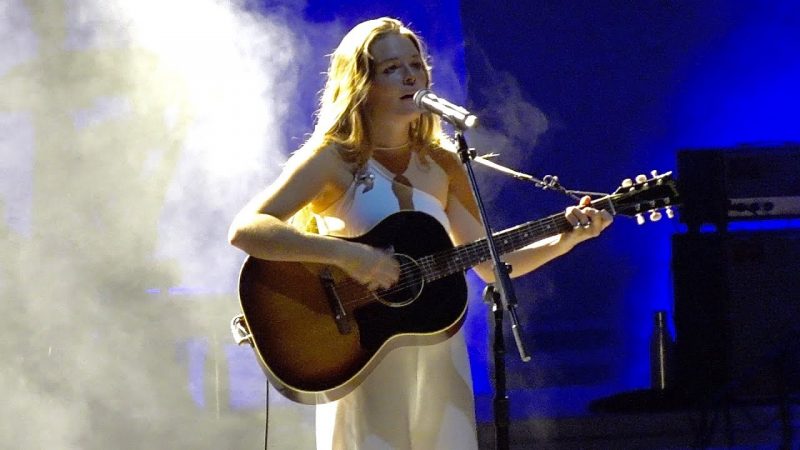 Starting at the 5:02 mark, Maggie Rogers plays the song “Alaska” live in concert at the Greek Theater in Berkeley, California on September 20, 2019. Alaska was originally released as a single in 2016 and then appeared on Maggie Rogers’ Now That The Light Is Fading EP in 2017. When she was a student at NYU’s Clive Davis Institute of Recorded Music, Rogers played the song for Pharrell Williams, who was teaching a masterclass there. A video of Williams’ emotional response to the song went viral and gave Rogers her big break.

Heard It In A Past Life live tour dates:

Maggie Rogers is a producer, songwriter and performer from Easton, Maryland. After her education at NYU’s Tisch School of the Arts, she released her breakout single “Alaska” and subsequent critically acclaimed debut EP, Now That The Light Is Fading. “Alaska” has since charted in Spotify’s Viral 50 in 40 countries, hit #1 in 23 countries and now has over 100 million global combined streams to date. The BBC, Tidal, Google Play, Vevo, Pandora and numerous publications – including Rolling Stone, NYLON, SPIN, Billboard and more – have tipped her as an artist to watch. NPR named her one of its Favorite Musicians and The New Yorker declares, “Maggie Rogers is an artist of her time.”