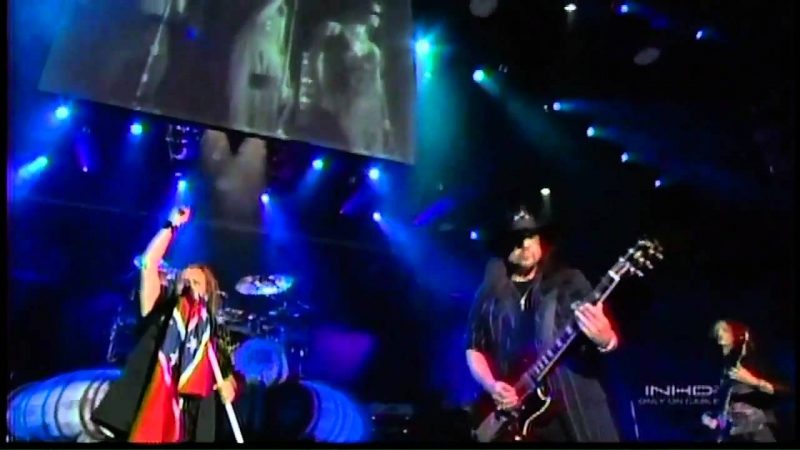 Live concert in Nashville, Tennessee (2003). It was during their Vicious Cycle Tour, and marked the band’s 30 years of rock ‘n roll.

The lyrical portion of the song was written early in the group’s history. Roadie Billy Powell was discovered as a keyboardist for the band when he played the intro piece to “Free Bird” at a high school prom. Lead vocalist Ronnie Van Zant noted his talent and invited him to join.

Allen Collins’s then-girlfriend, Kathy, whom he later married, asked him, “If I leave here tomorrow would you still remember me?” Collins jotted the question down and it eventually became the opening line of “Free Bird”.

Slide guitar Gary Rossington played a Gibson SG and used a glass Coricidin bottle for a slide on this song to emulate one of his heroes, Duane Allman. This was the only song he used a guitar other than a Les Paul on. He also stuck a nail-like piece of metal under the strings near the nut to raise the action of the guitar when playing slide. The guitar’s B string was tuned down to a G during this song. Rossington currently uses two G strings tuned to G instead of tuning down a B string.