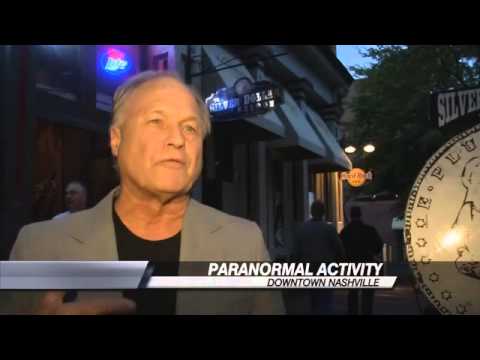 Stream Fox 17 newscasts LIVE starting with Fox 17 This Morning at 5 am and News at 9 pm.NASHVILLE, Tenn.–The photo you see above was taken by Timothy Chance, the promoter and organizer of Welcome to Nashville Showcases which is held at the Silver Dollar Saloon downtown.Music can always be heard at the saloon, but many employees and even some that live in the building hear other noises. Buddy Messer has lived above the Silver Dollar Saloon for the last 15 years. Messer said, One morning I was having coffee upstairs where I live, and just heard little girls laughing… having fun…but there were no girls in the house…Workers at the saloon claim to hear footsteps and noises which come from
the main floor of the venue when nobody is around. One employee
reportedly even quit over the activity. Timothy Chance says he has heard footsteps, on top of taking several photos of possible ghosts. Chance explained, It’s kind of eery, it kind of freaked me out to be honest. Chance and his partners: Tiffany Anne Hughes and Tim White are building the first haunted house in the saloon’s basement. It’s one thing to have a haunted house, but it’s another thing to have a haunted house in a haunted building, added Chance. The trio also run the Welcome to Nashville showcase every Thursday night to highlight new artists. As Chance was taking pictures of bands playing on Thursday, September 12th everything changed at midnight. As soon as it became Friday the 13th, Chance snapped another photo of the band. He captured an image hard to explain. Chance said, It looks like someone took a cigarette and blew it in the perfect shape of a person. The Silver Dollar Saloon is a non-smoking bar. Chance says he used to be skeptical of supernatural activity before he took the picture. Several paranormal investigators have looked at the photo and a couple confidently validating it. Frankie Harris said, That is one of the best pictures I have ever seen.Harris owns Nashville’s Ghost Tours and is a haunted historian. He believes the image and being could be related to The Battle of the Bluff, which took place in the area. Settlers and the Cherokee Indians battled in the late 1700’s. Harris says, It is clearly a profile of a man and it does look like a Native American in the picture. It’s as clear of picture that I’ve seen personally here in Nashville. Chance explained, It will make you think twice about questioning someone else’s claim to a ghost story or a spirit… as I’ve been informed that’s what they like to be called. We’ll leave it to our readers to decide. Real or Not?Harris was so impressed by the photo and activity at the saloon, he tells Fox 17 he is looking into putting the Silver Dollar Saloon on the Nashville Ghost Tours next year. The Silver Dollar Saloon’s Halloween Bash and Haunted House is Thursday, October 31st starting at 7:00 P.M. The bar will give a portion of proceeds to the Susan G. Komen Foundation. Follow Mikayla Lewis on Twitter @MikaylaFox17.Follow us on Twitter @wztv_fox17 and LIKE us on Facebook for updates.