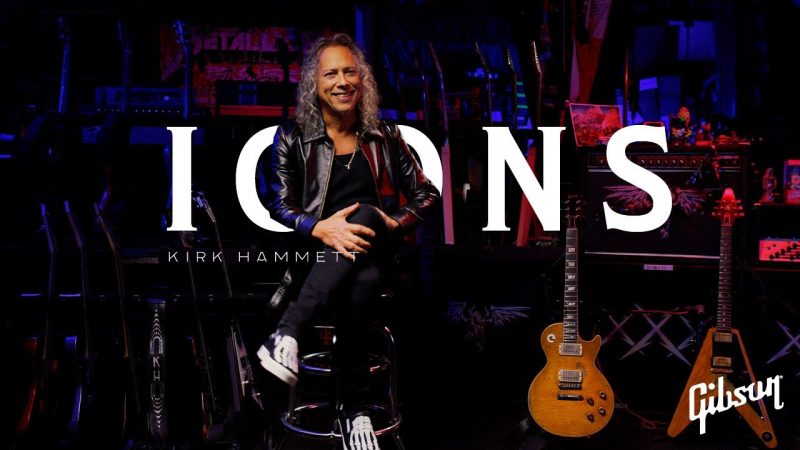 In the latest episode of “Icons”, Gibson TV sits down with one of the most influential metal guitarists of all time, Kirk Hammett. Since 1983, Kirk Hammett has been the lead guitarist and a contributing songwriter for heavy metal trailblazers Metallica. Prior to joining the band, he formed the group Exodus during the birth of the San Francisco thrash metal movement.

Through archival and never before seen photos and video, Kirk takes viewers on a ride through his 37 years as lead guitarist of Metallica while sharing personal stories about his childhood, getting his first Gibson Flying V, the tragic death of bassist Cliff Burton and the recording of the group’s pivotal albums including Kill’em All, Ride The Lightning, Master of Puppets, …And Justice For All and The Black Album.

ABOUT GIBSON BRANDS
Gibson Brands, the world’s most iconic guitar brand, has shaped the sounds of generations of musicians and music lovers across genres for more than 100 years. Founded in 1894 and headquartered in Nashville, TN, Gibson Brands has a legacy of world-class craftsmanship, legendary music partnerships and progressive product evolution that is unrivaled among musical instrument companies. The Gibson Brands portfolio includes Gibson, the number one guitar brand, as well as many of the most beloved and recognizable music brands, including Epiphone, Kramer, Steinberger, and the Gibson Pro Audio division, KRK Systems. Gibson Brands is dedicated to quality, innovation and sound excellence so that music lovers for generations to come will continue to experience music shaped by Gibson Brands.