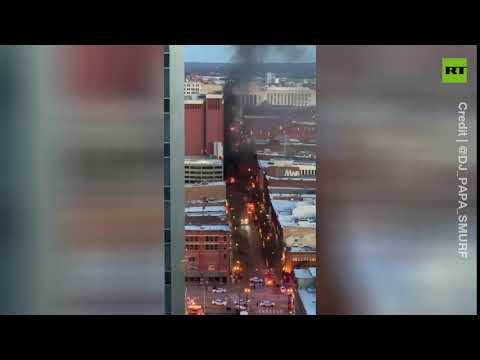 A large blast rocked Nashville, Tennessee early on Christmas morning, with footage of billowing black smoke and destruction spreading on social media. There have been no confirmed reports of injuries. Around 30 people have reportedly been evacuated.

#RT (Russia Today) is a global #news network broadcasting from Moscow, London, Paris and Washington studios to over 100 countries. RT is the first news channel to break the 1 billion YouTube views benchmark.