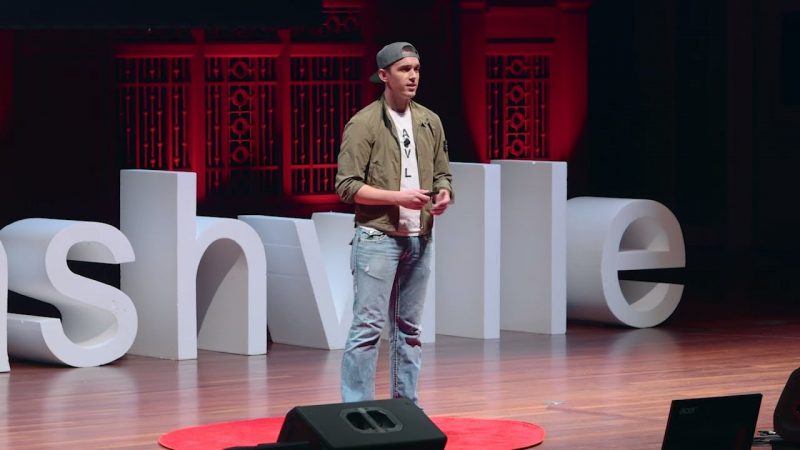 TEDxNashville speaker Josh Robbins shared his HIV diagnosis with the world by posting to his blog, http://imstilljosh.com, as well on social media, including a recorded live video of the moment he received his HIV-positive diagnosis. Five years after receiving the diagnosis, he is living with HIV/AIDS, and continues to share his journey publicly, including his message of the positive power of using digital and social media for those living with other chronic conditions. Josh’s talk “How Blogging and Social Media Are Changing the Way We Manage Chronic Diseases,” asks the question, “Can social media and blogging actually save someone’s life?” Josh Robbins is one of the coolest HIV-positive patient advocates in the history of the world. He uses the power of humor and encouragement through video to make others cool too! His blog was nominated for a 2017 GLAAD Award, and smells of rich mahogany. He’s an emerging media entrepreneur and consultant for sexual health-related nonprofits. He helped lead The White House’s social media plan for the update of the National HIV Stratedgy. He did miss his flight that morning, as well. But he made it! Currently he’s developing Emory University CFAR’s social media strategy, leading a Planned Parenthood condom distribution campaign: #GetYaSumGood, and continues as a spokesperson for Napo Pharmaceuticals’ Mytesi™ Campaign: #MyHIVThankYou™. He lives in Nashville, TN, and just completed two iOS apps: disclosur+ and Ask HIV. He continues to host his digital video web series and audio podcast, #HIVscoop. This talk was given at a TEDx event using the TED conference format but independently organized by a local community. Learn more at https://www.ted.com/tedx