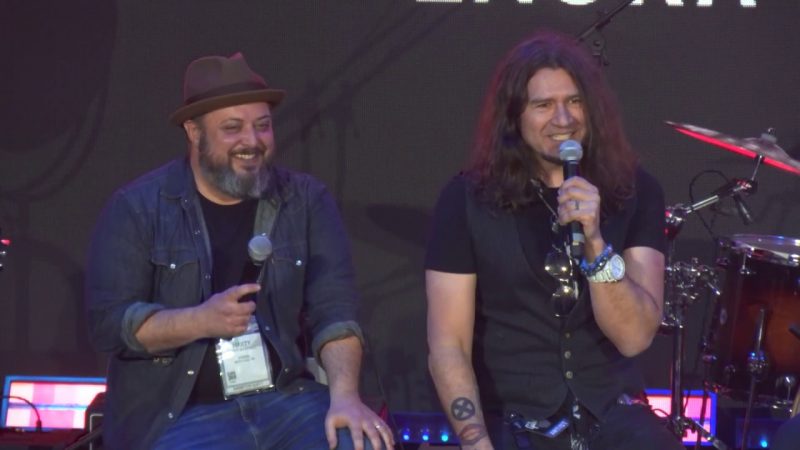 Marty Schwartz hosts a panel with Phil X, Rhett Shull, Laura Coxx and WAXX to talk guitars, touring and the importance of YouTube and social media.

Filmed on location at the Gibson NAMM Stage in Anaheim, CA in January, 2020.

ABOUT GIBSON BRANDS
Gibson Brands, the world’s most iconic guitar brand, has shaped the sounds of generations of musicians and music lovers across genres for more than 100 years. Founded in 1894 and headquartered in Nashville, TN, Gibson Brands has a legacy of world-class craftsmanship, legendary music partnerships and progressive product evolution that is unrivaled among musical instrument companies. The Gibson Brands portfolio includes Gibson, the number one guitar brand, as well as many of the most beloved and recognizable music brands, including Epiphone, Kramer, Steinberger, and the Gibson Pro Audio division comprised of KRK. Gibson Brands is dedicated to quality, innovation and sound excellence so that music lovers for generations to come will continue to experience music shaped by Gibson Brands.