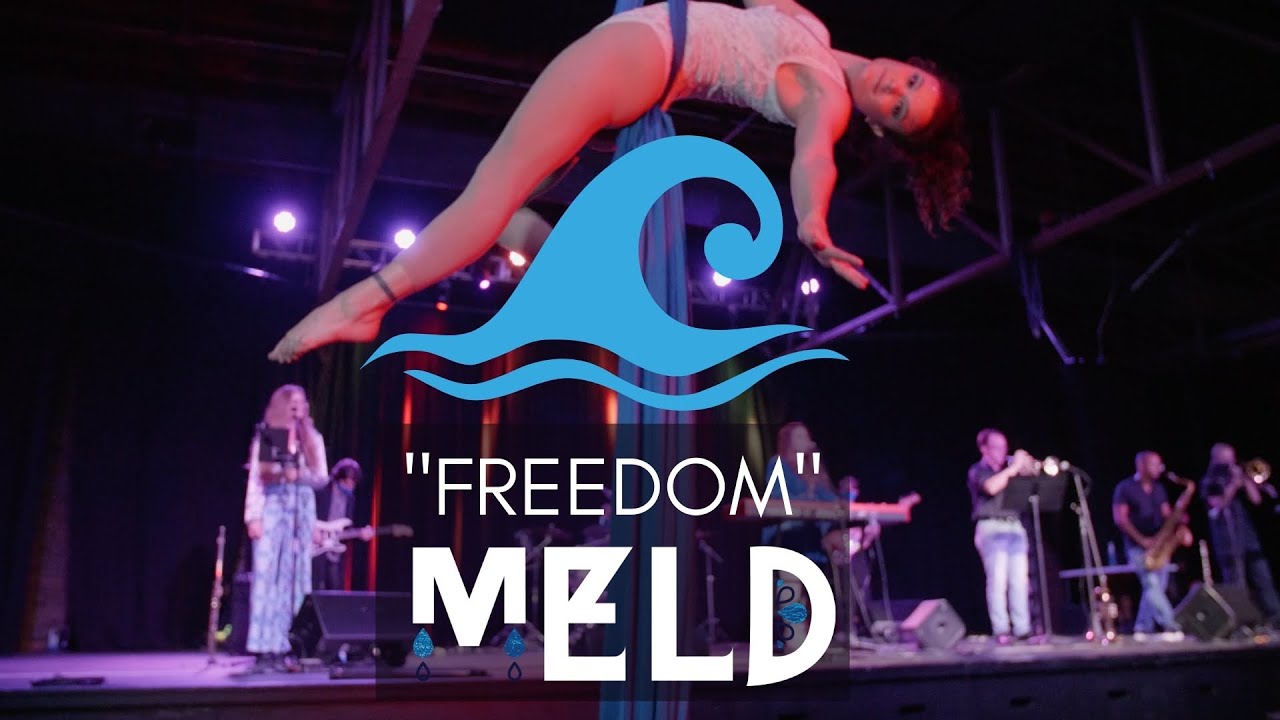 MELD’s highly acclaimed single “Freedom,” is performed live from Marathon Music Works, as part of her album release party for her highly anticipated debut album “Words of the Water.”

ABOUT THE ALBUM:
Nashville-based Alt. Soul musician, MELD has been working hard in the studio for the past several years to bring you her debut album. After much trial and tribulation, and a fully funded Kickstarter, “Words of the Water” is here! The long-awaited follow-up to MELD’s 2017 EP “H.U.R.T.” which received praise from Nylon Mag, Dancing Astronaut, BTRToday and more – brings MELD’s sound to a whole new level. In the past few years, MELD has blossomed from a straightforward Pop/R&B artist – to a truly cinematic, soulful composer – creating an entirely new genre which she has dubbed “UniverSOUL,” (A sound one can only describe as: Hiatus Kaiyote meets Janis Joplin.) Complete with soaring horns, deeply thought out arrangements, and empowering lyrics rich with activism… “Words of the Water” is truly an artist on the rise.

Mixed by Paco Cossette (Sturgill Simpson,) Engineered by Josh Nelson and Michael Esser of Sundog Studios (Cage The Elephant, Sheryl Crow, Robert Randolph,) and mastered by Anthony Thogmartin of Papadosio – the album has been blessed by many talented hands. Early industry listeners are calling the album “Inspiring” and “Rich with Soul,” and singles from the album have already received praise from press outlets like Forbes, The Tennessean, and Live for Live Music,

To drop an album in the middle of such trying political times may seem like a bad idea to some – but to MELD, it is the PERFECT time to release an album rich with environmentalist and social activism overtones. The title track “Words of the Water” has an intro track (Listen To The Water…) of which 33% of all proceeds are donated to ocean cleanup. The track is also a spoken word piece, featuring the voices of powerful feminist activist musicians such as: Amber Lily, Katie Buxton, Marya Stark, Shira Elias, Alanna Royale, Jess Nolan, Phantom Vanity, Heather Christie, and Maureen Murphy. The song “Colors” is a rally cry for us to identify one another as the colors of our AURAS/souls, not our skin or sexual orientation. And the rest of the album is full of empowering, enchanting anthems like “Freedom” and “Find A Light…” which invite listeners to not give up hope in challenging times.

What once started off as a passion project, has blossomed in a unique way alongside the challenges 2020 has presented. On a personal level, not only has Melanie Dewey (MELD) been through a pandemic, a tornado, and a hurricane… but she’s also experienced the greatest personal loss of her life this year – with both her dad and aunt passing away in a span of two months. The album’s third single, “Time With You,” is dedicated to them. Rather than break her, these losses instead inspired her to dive into her music deeper than ever before. Because of this, “Words of the Water” has grown to truly capture the unbreakable qualities of the human spirit in a way that many can relate to. Just like the water that gives us life, we must flow, change form, explore our depths, and heal one another. It is MELD’s hope that this album will encourage ANYONE hurting – to keep their focus on brighter days ahead, and to seek solace in music and nature when we need a little bit of healing.

In the past, MELD has toured with Ayla Nereo, opened for The Main Squeeze, Maggie Rose, Zoogma, Joe Hertler & The Rainbow Seekers, Brothers Past, and many more. In the summer of 2018, she toured across the U.S. and headlined 30 different dates across the country, raising money for clean water initiatives along the way, and ending up at major festivals Sonic Bloom and Music On The Mothership. Be sure to head over to your choice streaming platform and take a listen to MELD’s debut album. It’s a refreshing dose of light for the weary spirit.