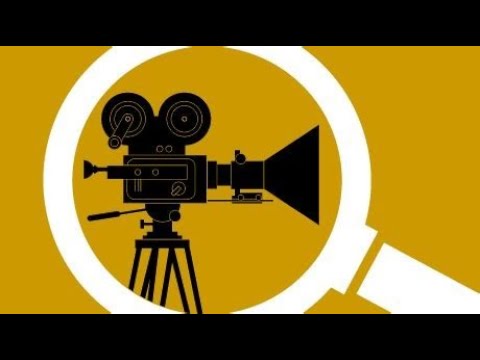 Film Art: An Introduction to the Formal Elements of Film

This course will introduce you to the elements of film form – mise-en-scène, cinematography, editing, and sound – and to how these formal elements visually or aurally communicate story details while also contributing to the expression of concepts and development of themes. We will primarily focus on “eye training.” Through a series of lectures and guided clip analyses, you will become more aware of the individual formal elements and how they function. We will also take some initial steps toward film analysis by: 1) extrapolating concepts and themes from how the elements function in particular scenes and 2) thinking about how those scenes contribute to our overall understanding of the film. By the end of this course, you will be able to apply your awareness of these elements, their function, and their contributions to any film you watch. Below is a tentative schedule that outlines the course structure. Films have been assigned to each formal element. These films will focus our lectures, clip analyses, and conversations – and are most productively viewed before each class meeting. Each film is available to view free or to rent for a small fee on Amazon Prime.

The 6-session Fall 2021 non-credit course will be delivered via Zoom to older students enrolled in the Osher Lifelong Learning Institute at Vanderbilt University, Nashville, Tennessee. For information, go to www.vanderbilt.edu/olli

INSTRUCTOR: Dr. Sarah Childress began her multi-faceted career in advertising, supervising the development of TV campaigns for brands like ESPN and the Discovery Channel. Her growing interest in the mechanics of moving images led her to Vanderbilt University, where she earned a Ph.D. concentrating in Film and Media Studies. At Vanderbilt, she taught award-winning undergraduate film and writing courses and worked with the Office of the Dean of Students to develop grant-funded co-curricular film series and programs. Since then, Sarah has taught film courses at Bowdoin College and Belmont University and has introduced films and moderated discussions at the Frist Art Museum, The Belcourt Theatre, and the Nashville Film Festival. She also produced Música Campesina, which screened at internationally renowned festivals, including the Film Society of Lincoln Center’s Latinbeat festival, BAFICI, and the Mill Valley Film Festival. Her short film Blue Dragon Mussel Wagon exhibited at the Boston Center for the Arts, Berlin’s Haus der Kulturen der Welt, and Museum Folkwang in Essen, Germany. She also served as Chief Creative Officer for Headstrong Media Group, extending the creative output of legacy musicians into profitable educational realms and supporting those efforts with digital infrastructure and outreach campaigns. Currently, she is partnering with The Belcourt Theatre to develop a series of Cinema Studies videos for high school students and is the business manager for Ian McDonald, founding member of King Crimson and Foreigner.

More info on “Film Art: An Introduction to the Formal Elements of Film” taught by Sarah Childress, Ph.D.