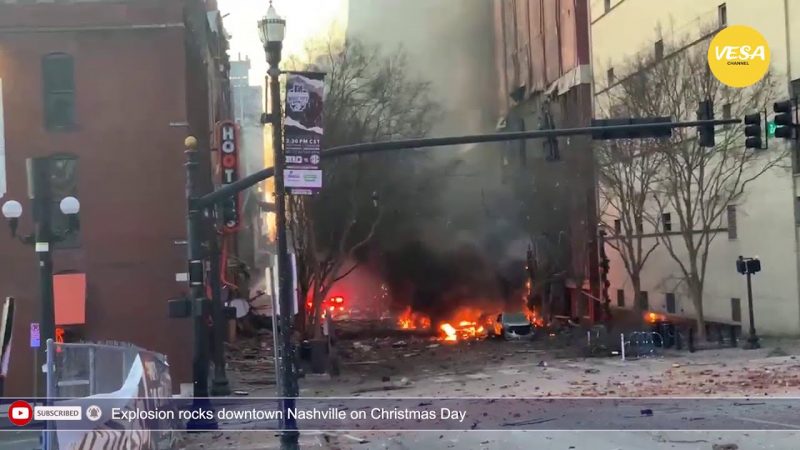 An explosion shook downtown Nashville early Friday, with police and firefighters on the scene.
The Metro Nashville Police Department said the blast occurred at approximately 6:30 a.m. local time and was connected to a vehicle in the neighborhood.
“There is an incident involving an explosion,” the Nashville Fire Department said in a statement. “This is an active scene. Metro Nashville Police Department and Nashville Fire Department are on the scene. There are no additional details to provide at this time.”
Police and firefighters were quickly on the scene after the blast caused noticeable tremors in the surrounding area.
According to social media posts, the explosion resulted in significant damage to a building that was on fire, with dozens of people evacuated.
The Metro Nashville Office of Emergency Management reportedly stated that the blast came from a parked RV that exploded.