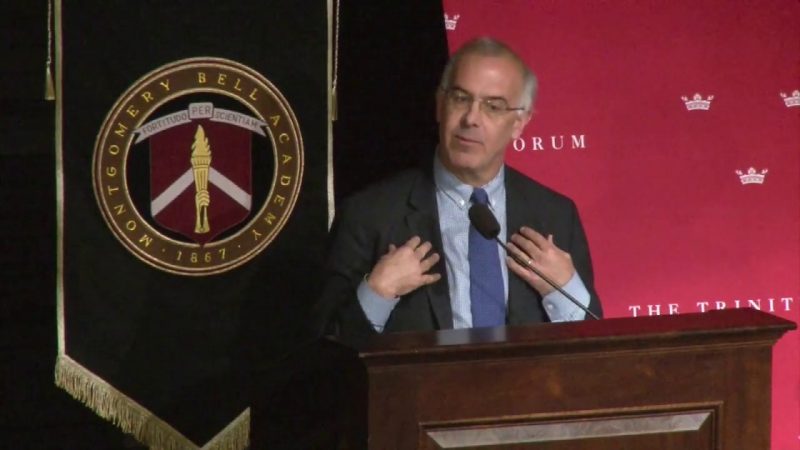 In a special additional event in Nashville this year, we partnered with Montgomery Bell Academy to host an Evening Conversation with New York Times columnist and best-selling author David Brooks.

Our topic, “Character and Leadership in a Divisive Age,” could not be more timely. David Brooks has consistently been an important and persuasive voice for why character development is essential to individual flourishing and social justice. In this video, he examines the unique corrosions to character formation, and he will offer ways to rebuild thoughtful leadership in our society.