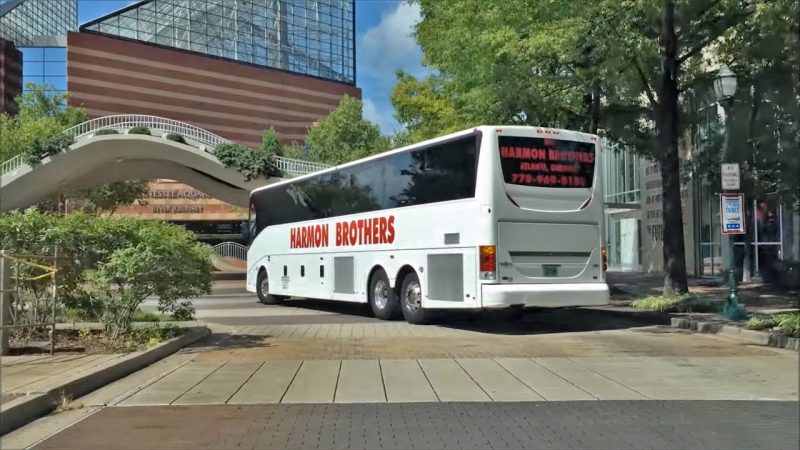 Driving Downtown – Chattanooga Tennessee USA – Season 1 Episode 8.
Starting Point: John Ross Bridge https://goo.gl/maps/JdKkAbY1sNp
Highlights include Market St – Broad St – Chestnut St – MLK Blvd – 7th St – 6th St – 5th St – 4th St – 3rd St – Aquarium Way – Walnut St – Cherry St – Riverfront Parkway.
Chattanooga is the fourth-largest city in the U.S. state of Tennessee, with a population of 167,674 as of the 2010 census, and an estimated population of 171,279 in 2012.[7] The city, which has a downtown elevation of approximately 680 feet (210 m), lies at the transition between the ridge-and-valley portion of the Appalachian Mountains and the Cumberland Plateau. The city is therefore surrounded by various mountains and ridges. The official nickname for Chattanooga is the Scenic City, being reinforced by the city’s growing national reputation as a haven for numerous outdoor activities. Several unofficial nicknames include River City, Chatt, Nooga, Chattown, and Gig City, demonstrating Chattanooga’s claims that it has the fastest internet service in the Western Hemisphere.[8][9]

Chattanooga is internationally known for the 1941 song, the world’s first gold record, “Chattanooga Choo Choo,” by Glenn Miller and his orchestra.

Attractions
Chattanooga touts many attractions, including the Tennessee Aquarium, caverns, and new waterfront attractions along and across the Tennessee River. In the downtown area is the Chattanooga Choo Choo Hotel, housed in the renovated Terminal Station and exhibiting the largest HO model train layout in the United States. Also downtown are the Creative Discovery Museum, a hands-on children’s museum dedicated to science, art, and music; an IMAX 3D Theatre, and the newly expanded Hunter Museum of American Art. The Tennessee Riverwalk, an approximately 13-mile (21 km) long trail running alongside the river, is another attraction for both tourists and residents alike.
Across the river from downtown is the North Shore district, roughly bounded by the Olgiati Bridge to the west and Veterans Bridge to the east. The newly renovated area draws locals and tourists to locally owned independent boutique stores and restaurants, plus attractions along the Chattanooga Riverpark system, including Coolidge Park and Renaissance Park.[118][119] The Chattanooga Zoo at Warner Park is located a short distance from the downtown area.
Parks and natural scenic areas provide other attractions. The red-and-black painted “See Rock City” barns along highways in the Southeast are remnants of a now-classic Americana tourism campaign to attract visitors to the Rock City tourist attraction in nearby Lookout Mountain, Georgia. The mountain is also the site of Ruby Falls and Craven’s House.[121] The Lookout Mountain Incline Railway is a steep funicular railway that rises from the St. Elmo Historic District to the top of the mountain, where passengers can visit the National Park Service’s Point Park and the Battles for Chattanooga Museum.[122] Formerly known as Confederama, the museum includes a diorama that details the Battle of Chattanooga. From the military park, visitors can enjoy panoramic views of Moccasin Bend and the Chattanooga skyline from the mountain’s famous “point” or from vantage points along the well-marked trail system.[123] Near Chattanooga, the Raccoon Mountain Reservoir, Raccoon Mountain Caverns, and Reflection Riding Arboretum and Botanical Garden boast a number of outdoor and family fun opportunities. Other arboretums include Bonny Oaks Arboretum, Cherokee Arboretum at Audubon Acres, and Cherokee Trail Arboretum. The Ocoee River, host to a number of events at the 1996 Atlanta Olympics, features rafting, kayaking, camping, and hiking. Just outside Chattanooga is the Lake Winnepesaukah amusement park. The Cumberland Trail begins in Signal Mountain, just outside of Chattanooga.

Festivals and events
Chattanooga hosts the well-known Riverbend Festival, an annual nine-day music festival held in June in the downtown area. One of the most popular events is the “Bessie Smith Strut”, a one-night showcase of blues and jazz music named for the city’s most noted blues singer. The annual “Southern Brewer’s Festival” and the “River Roast” festival celebrate such traditional Southern staples as beer and barbecue.

New events, such as GoFest!, the “Between the Bridges” wakeboard competition, Heritage Festival, and Talespin, complement well-established events, such as Riverbend and the Southern Brewer’s Festival, and attract their own audiences.[124][125] Back Row Films is a city-wide celebration of film co-sponsored by the Hunter Museum of American Art, the Arts & Education Council, and UTC.[126]