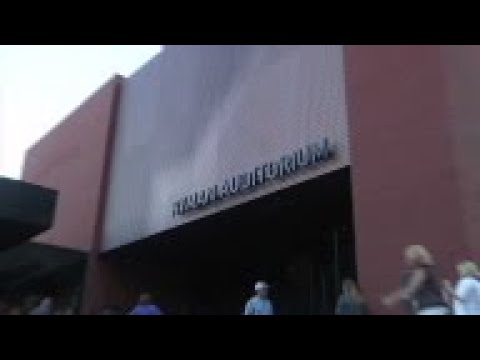 (2 Aug 2015) DOLLY PARTON’S LIFE INSPIRES TV MOVIE
Dolly Parton wants the upcoming TV movie about her life growing up poor in Appalachia to show viewers the kind of family she thinks is missing on television today.
Parton, 69, is working with NBC on the TV movie, which she expects will be coming out later this year for the winter holidays, based on her hit song “Coat Of Many Colors.”
Eight-year-old actress Alyvia Lind has been cast to play the young Parton in the movie set in the 1950s in East Tennessee. Parton may appear as well.
“It really just shows family,” Parton said. “I think we’re missing that. I don’t know if people beside me miss shows like ‘The Little House On The Prairie’ or ‘The Waltons.’ But it’s kinda like that. It just the simple life back then, back when. It just shows the people who made me who and what I am. It all takes place before I became a star.”
The 1971 autobiographical track is about how her mother stitched together a winter coat out of scraps of fabric, but how other kids mocked her for the makeshift coat. The movie will contain music, but it’s not a musical.
Parton headlined two sold-out shows in Nashville, Tennessee, on Friday and Saturday, the first time the country legend has played Music City in a dozen years.
Fan interest in Parton and her career shows no sign of waning. She’s inspired the “9 to 5” musical, based on her hit song and the movie, and she said there may be more television specials based on stories about her family or even a feature film.
“Lord, I’ve lived so long, I’ve got a lot of stories to tell,” she said inside the historic Ryman Auditorium. “I can’t just tell them all in one place; I have to scatter them out.”
Standing just outside the famous stage, Parton told reporters about her first ever appearance at the Ryman was when she was just 13 years old during a Grand Ole Opry show.
“I got the chance to come out and sing and Johnny Cash was hosting that night,” she said. “It was a thrill beyond compare. I got an encore and I know now it wasn’t cause I was good, it was cause I was little.”