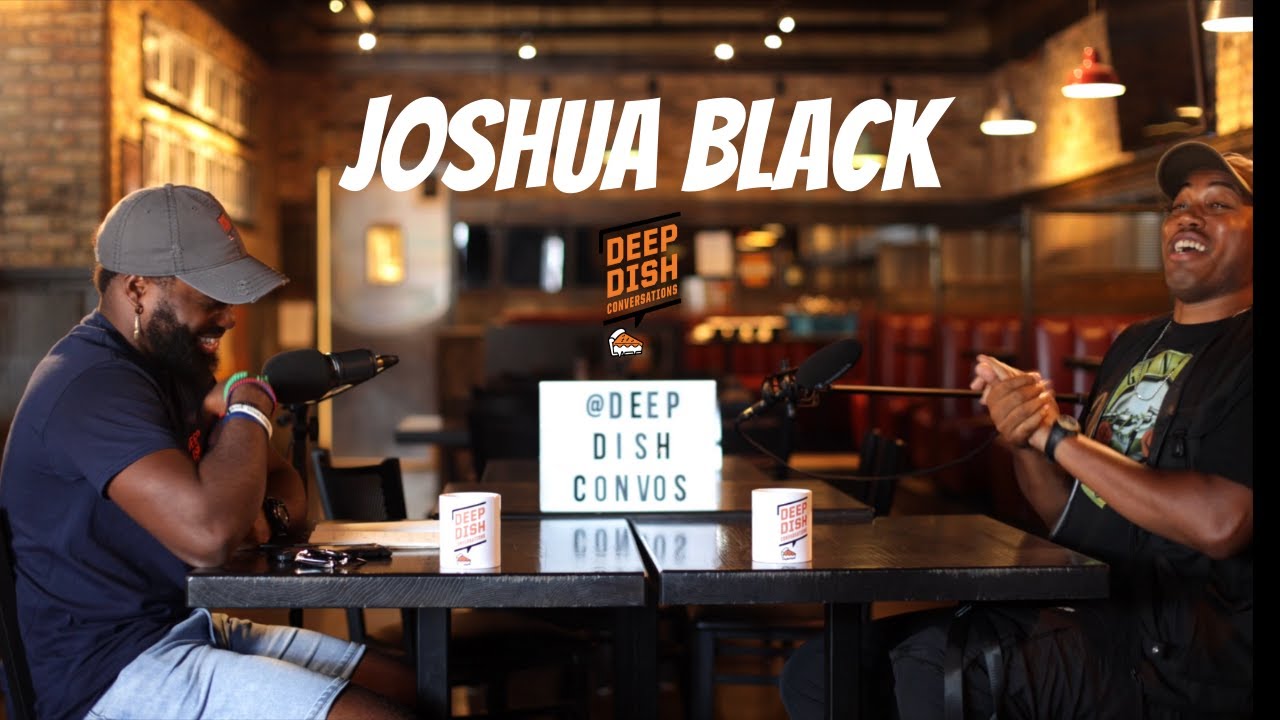 This is Deep Dish Conversations, a series in which Jerome Moore sits down with prominent figures in Nashville, TN to talk about social issues over amazing deep dish pizza. Deep Dish Conversations models how to have conversations about deep issues around racism, housing, policing, poverty and more. Plus, you will get an idea for where to get you next slice of pizza.

Josh Black is a stand-up comedian based in Nashville. Born and raised in North Nashville, he developed a passion for cool sneakers, trap music, fried fish sandwiches, and storytelling.

Josh has since become a local celebrity and viral sensation. His standup act is riveting and his social media videos highlighting life in Tennessee have reached over 250k views. Josh is a regular at Zanies Comedy Club and is frequently featured in the Nashville Scene.

*The opinions and statements shared on this show are my own and do not directly represent the views or opinions of Gino’s East or the Comedy Bar.*