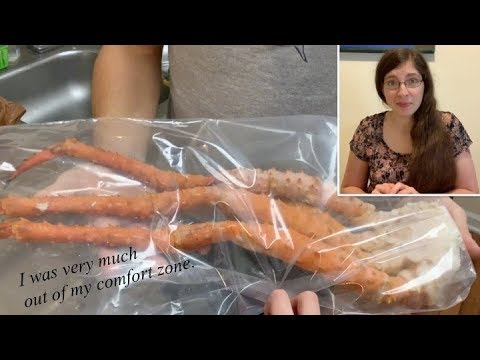 Don’t forget to let me know what other foods would be great for the states I haven’t make yet!
.
.
All Of The Recipes I followed!
-Alaska: https://www.alaskankingcrab.com/blogs/resources/how-to-cook-alaskan-king-crab
I chose to boil the crab.
-Idaho: No recipe.
-Tennessee: https://www.allrecipes.com/recipe/254804/chef-johns-nashville-hot-chicken/
The sauce you are supposed to brush on at the end I waited to cook until the chicken was totally done frying. I had all the ingredients in the sauce pan but did not heat it up until the very end because so many comments were saying it separates very easily.
Pennsylvania: No recipe.
West Virginia: https://www.allrecipes.com/recipe/187812/pepperoni-rolls/
In the dough mixture I only used 1/3 cup of sugar instead of the 3/4 cup it calls for. That kept the bread from being too sweet.
.
.
FOLLOW ME!
Twitter: https://twitter.com/Julie_Schuler
Instagram: https://www.instagram.com/schulerjulie/
Facebook: https://www.facebook.com/Julie-Schuler-Vlogs-180385462696490/
Snapchat: @julieschuler93
.
.
.
.
.
.
.
.
Thanks for scrolling this far! I hope you have a super day!