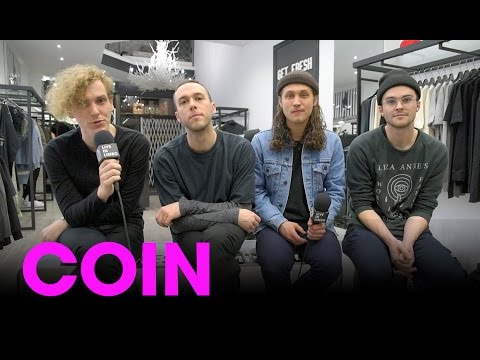 Nashville, TN based indie pop band COIN is made up of school friends Chase, Ryan, Joe and Zachary. They sit down with Shannon Ruzgys in Toronto and talk about standing out in the scene, how rock is very much alive, embracing music streaming, and connecting with fans through social media.