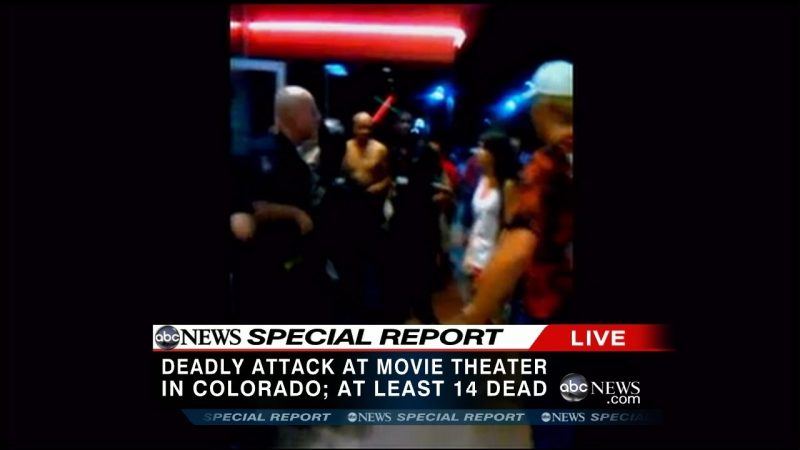 One moviegoer is seen leaving the Colorado theater covered in blood.