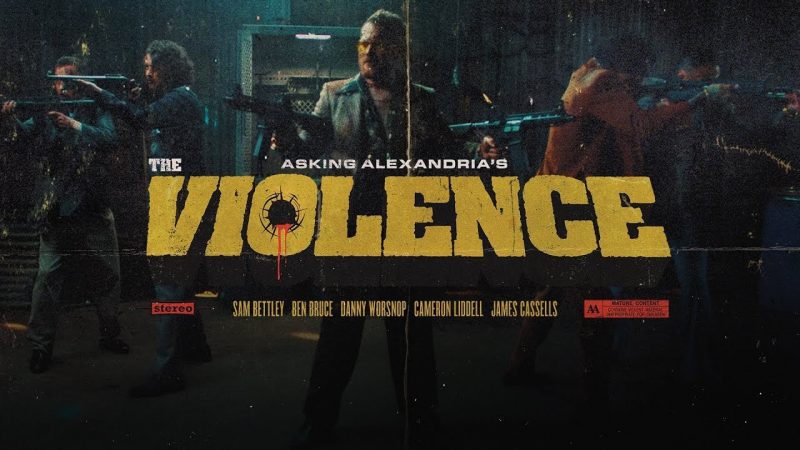 Asking Alexandria // The Violence // OUT NOW

THE VIOLENCE // LYRICS
Open up, drink it in, don’t ask too many questions
Become the vessel for the shame they feed you through suggestion
There’s a rumor on the breeze
Secrets that bring you to your knees
We made the problem, we are the poison
Close your eyes, surrender your beliefs to them for holding
Wait patiently to hear what ever changing lines are showing
There’s a whisper on the wind
Eventual storm that’s rolling in
They have the answers, cure for cancer
We’ve become, that we’ve become

Back and forth, daily take apart what you’ve been building
Everything you have is to be fed into the system
There’s a force out pushing fear, a deafening silence drawing near
Sit absorb it, guess we’ve been toxic all along