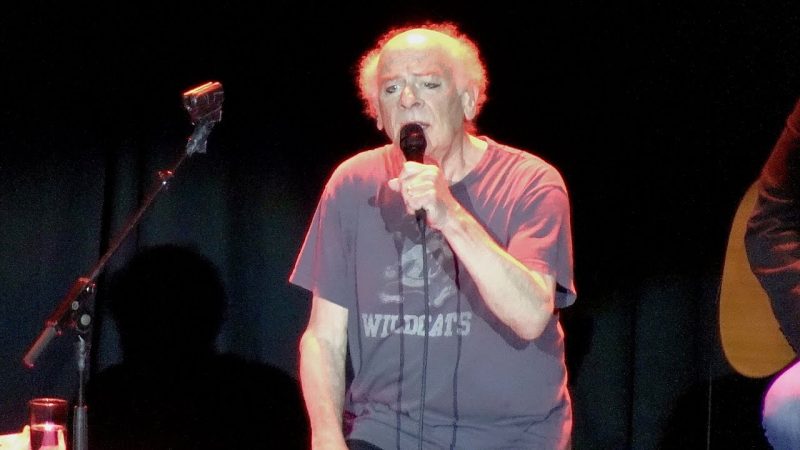 Art Garfunkel plays a medley of the songs “All I Know” and “A Heart In New York” live in concert at the Uptown Theatre in Napa, California on May 12, 2019. All I Know was originally released on Garfunkel’s debut solo album, Angel Clare (1973) and reached Number 9 on the Billboard Hot 100 chart. A Heart In New York appeared on his fifth solo album, Scissors Cut (1981). Joining him onstage were Tab Laven (guitar) and Paul Beard (keyboard).

I bruise you, you bruise me
We both bruise too easily
Too easily to let it show
I love you, and that’s all I know

When the singer’s gone
Let the song go on

Blessed with what the New York Times described as a “beautiful countertenor,” singer Art Garfunkel has made an indelible mark on the music world as both a solo artist and half of the unrivaled Simon & Garfunkel. He has also enjoyed a successful film career, published a book of poetry and released 12 solo albums, the most recent being Some Enchanted Evening in 2007. In late 2017, he released an autobiography, What Is It All But Luminous: Notes From An Underground Man (Alfred A. Knopf).

Since then, he has been busy as a husband and father to his two sons, 27 year-old James and 12-year-old Beau Daniel. He is also an avid walker who has walked across Japan, the US (celebrated in the 1997 concert DVD Across America) and now Europe.

Garfunkel was originally revered for his Grammy-winning, chart-topping songs and albums with partner and fellow NYC native Paul Simon. Their greatest hits collection, which includes “Mrs. Robinson,” “Scarborough Fair,” “The Sound Of Silence,” “The Boxer” and “Bridge Over Troubled Water,” among others, is one of the biggest selling album ever.