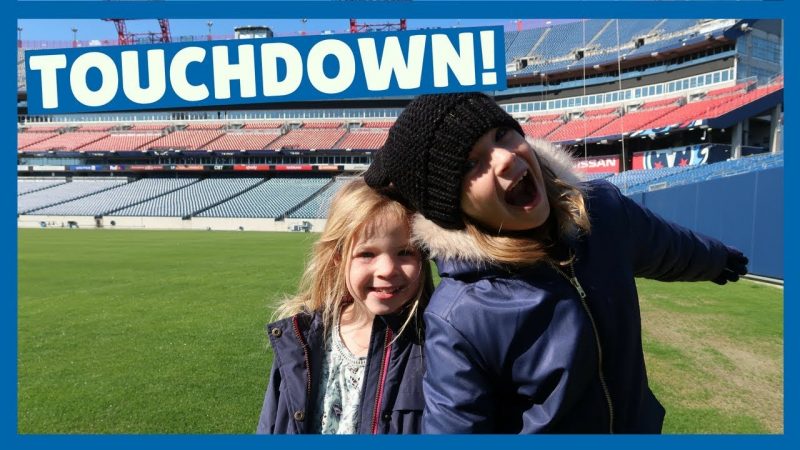 We’re taking a private tour of Nissan Stadium, home of the Tennessee Titans! We get to check out the club levels, player tunnels, football field and more! Super exciting! Afterwards, we head into downtown and grab a bite to eat at Puckett’s, a well known BBQ restaurant famous for their BBQ sauce. Then it’s off to a gift shop to buy some souvenirs. Of course, no trip to Nashville’s Broadway is complete without some live music. Check out this band at The Stage – the singer is playing a modified Chevy truck’s fuel tank! We also visit the famous Ryman Auditorium gift shop!

Thanks for tuning in everyone! We are Jason, Lucy, Addy and Maya and we are the family behind the kid’s YouTube channel Tic Tac Toy. Be sure to subscribe to this family vlog channel to follow along with us and all of our silly adventures and behind the scenes goofiness!

A Football Stadium Tour and the Food - BingNews Search results