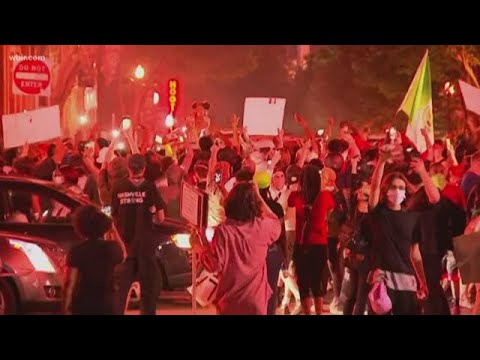 An 8 p.m. curfew is in effect for the city Sunday… after peaceful protests turned violent Saturday night.