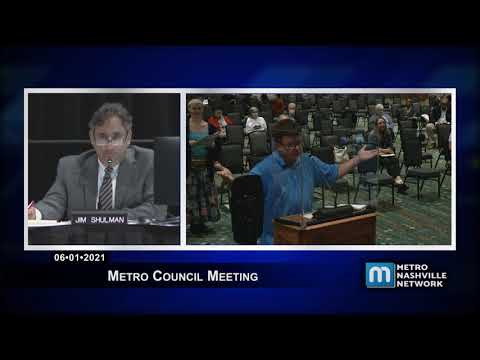 Coverage of the Metropolitan Government of Nashville and Davidson County Council meeting; held at the Music City Center on June 1, 2021.