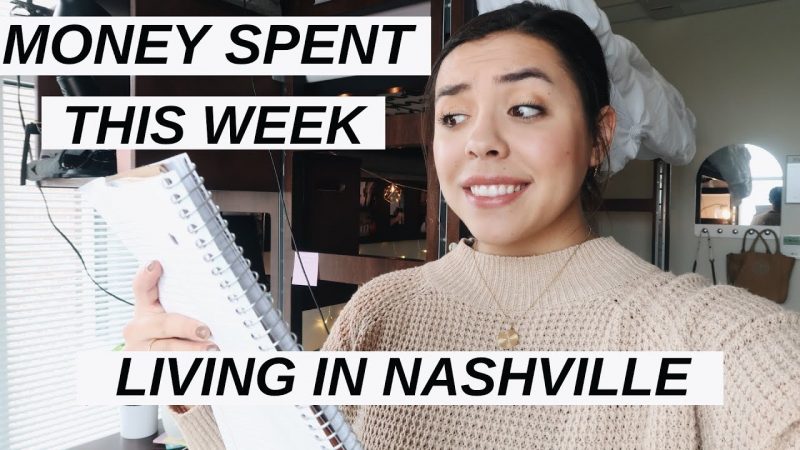 What I spend in a week as a 20 year old living in Nashville, TN! I saw this video idea from Lexie Lombard and LOVED IT. Instead of being aware during my spending week that I would be filming it, I decided to look back at a week and tell you exactly what I bought, did, and spent.

Were you surprised by my weekly total??

P O D C A S T: https://podcasts.apple.com/us/podcast/the-dream-achieve-podcast/id1330037775
I N S T A G R A M: https://www.instagram.com/misshannahashton/
▽▽▽▽▽▽▽▽▽▽▽▽▽▽▽▽▽▽▽▽▽▽▽▽▽▽▽▽▽▽▽
What is your camera? Canon EOS 70D + sigma 30mm lens
What do you edit with? Final Cut Pro X
How old are you? 20
What College do you go to? Belmont University
Whats your major? Entrepreneurship

DISCOUNTS: (we love a good one, right?)
Glossier: https://re.glossier.com/978020c9 ()
Classpass (what I use for ALL my workout classes): http://class.ps/ns3Xa ()
Shop my Amazon page: https://www.amazon.com/shop/hannahashton

Disclaimer: This video is not sponsored. 🙂