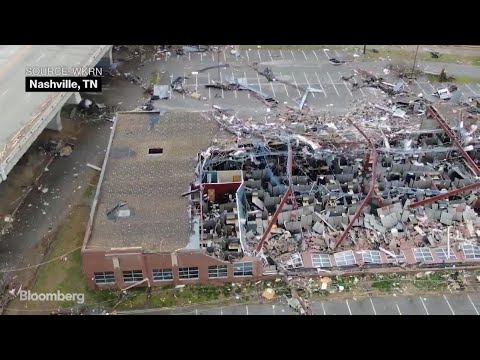 Mar.03 — Tornadoes ripped across downtown Nashville and other parts of Tennessee as families slept early Tuesday, shredding more than 140 buildings and burying people in piles of rubble and wrecked basements. At least 22 people were killed, some in their beds, authorities said.