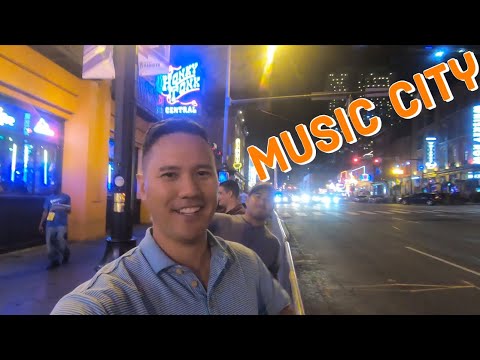 Traveled to Nashville for work this week while the family stayed back in NY. Made a stop for some TN Hot Chicken as BBQ as well as a brief walking tour of the famous Broadway St. Lined with bars and live music, each showcasing top bands! It was a lively scene and keep in mind it was the middle of the week! I’ll definitely be back with the family when we have more time but for now I enjoyed with my co-workers! Thanks for watching and drop a like and comment!

We Got This – Lvly

We do not own the copyrights to any music heard playing in the background while filming this video.

Music listed above used in the creation of this video is from http://www.epidemicsound.com:

The search for great quality non-copyrighted, loyalty-free music has ended and I couldn’t be happier! Include the newest sounds from a solid company out of Sweden and don’t have to worry about licenses – its all taken care of for you. Click on the link above to check out the 30-day trail.